The future of discipleship

The future of discipleship

The same farmer shook my hand and repeated the same words after every sermon, week after week.

“Keep up the good work.”

Each time he said it, I thought the same thing: He’s just being nice… or, after a particularly poor sermon: He’s just plain lying.

Looking back, I recognize that I may have been harder on myself than I needed to be. But my performance as an intern at the church wasn’t free of errors. I was learning to preach, teach, provide care, serve, and lead for the first time. I had stumbled through hospital visits and muddled exegesis. I even fainted during a worship service while praying (arguably the worst time to faint, because most people have their eyes closed).

The church had handed me the keys, offered to let me drive, and I was hitting more mailboxes than not.

But every Sunday, people faithfully settled into their seats, offered me encouragement, and gave constructive feedback. And the same farmer continued to shake my hand and tell me, “Keep up the good work.”

Little by little and week after week, that church formed me. Though I didn’t recognize it at the time, they instilled in me character and virtue, and taught me a lot about what the church is supposed to be: a place of compassion, forgiveness, perseverance, love, grace, and—thankfully for me—a great deal of patience.

Since then, I’ve had opportunities to exercise those lessons. New challenges are met with perseverance that, at least in part, is a result of my time with that congregation years ago.

Formation happens in our churches. One of our deep desires at FYI is to learn more about that formation, and thanks to funding from the John Templeton Foundation, we’ve been studying how the church is well-positioned to form character and virtue within young people.

What we’ve learned so far about character and virtue development

In an earlier blog post, Aaron Yenney described an ironic challenge we face: Youth ministries (and Christian ministries in general) aren’t typically thought of as exemplars of character and virtue development.

As we’ve conducted initial research on this topic, we’ve learned a lot about the goals of youth ministry leaders and the language they use to describe both the qualities they hope for among their young people and the process by which they hope to develop those qualities.

Among the goals mentioned by youth ministry leaders, some of the most frequently mentioned were encouraging a relationship with God, discipleship, and growing in faith. Each of these goals were considered well-supported by youth ministry leaders, but also rated as difficult to pursue and unclear. These findings point to a strong desire for young people to be formed in important ways, despite the difficulties.

From youth ministry leaders’ descriptions of the qualities they hope for among their young people and the process by which they hope to develop those qualities, we’ve learned a great deal about how leaders describe formation in churches. We see a common formational thread woven throughout these responses, though a great deal of diversity surrounds it.

In sum, we’ve learned that though youth ministry might not typically be thought of as a place where virtues and character are nurtured, youth ministry leaders have a heart for this type of formation even when this work is difficult.

What this means for our ministries

According to our research, the so-called “other ends” for youth leaders are discipleship, faith formation, and relationships with God and others.

To unpack these findings, FYI gathered Christian ministry leaders, psychologists, and practical theologians in January 2019. Our conversations revealed that discipleship itself could mean everything from encouraging relationships with God, to seeking justice, to developing a healthy self-concept, depending on the congregation.

As we bring together our research and conversations with leaders from various backgrounds, our research team is coming to the conclusion that we may be facing a unique opportunity. We believe the time may be right for deeper research and practical resources that bring clarity concerning the formation of young people (particularly their character and virtue) while also better understanding the unique contextual realities (the differences in desired outcomes and methods for producing those outcomes) represented by the variety of churches ministering with young people.

What’s next for character and virtue development in youth ministry

As a team, we’re now seeking out answers to questions like this:

How do we bring current formational realities, theology, ministry research, and character and virtue development science together into a coherent and useable framework?

The choices young people face are seemingly endless, and the standards delivered by those they follow on social media may be daunting. These are obstacles young people face, and it’s hard to walk away from them without feeling helpless. How can the church equip them to face these obstacles? What tools can we provide?

The introduction of simple practices can help. For example, research has shown that keeping a gratitude journal between one to three times per week increases overall gratefulness.[2] Maybe a student already journals occasionally. What if we taught that student to write down a few things they are grateful for in the form of a prayer a couple of times a week?

Tools such as this simultaneously develop character and virtue in young people, benefit their mental health, and shape their interactions with God—not only intellectually, but also in practice. These are the sorts of multifaceted formational practices we’d love to see contextualized in churches.

Over the next few months we're considering future research and resources that address these topics. We would love for you to post your ideas in the comments. We want to know:

How is your church forming your young people?

Tweet this: How is your church forming your young people?

This post is part of a series presenting findings from the Fuller Youth Institute’s Character and Virtue Development in Youth Ministry project, funded by a planning grant from the John Templeton Foundation. Read more from the project here.

[2]Robert A. Emmons and Michael E. McCullough, “Counting Blessings versus Burdens: An Experimental Investigation of Gratitude and Subjective Well-Being in Daily Life,” Journal of Personality and Social Psychology 84, no. 2 (February 2003): 377–89. 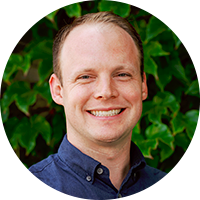 Tyler Greenway serves as the Research Director at the Fuller Youth Institute (FYI) and supports various research activities including literature review, grant writing, study design, data collection and management, statistical analysis, and presenting and publishing results. He holds an MDiv from Calvin Theological Seminary and an MA and PhD in Psychological Science from Fuller Theological Seminary. On a good day, he also brews a mean cup of coffee for the office. Tyler and his wife live in Grand Rapids, MI with their son and daughters.