You’re helping us unleash the potential of churches and young people everywhere, one resource at a time.

Of American Christians represented in the research

Copies sold within one year of release

Rebekah is a youth pastor who recently became a young adult pastor. She serves at First United Methodist Church in Tulsa, Oklahoma, a downtown church that, like many, has struggled over the years to connect effectively with young adults in the community, even while seeing growth in youth ministry.

Rebekah heard us share the phrase “Tell me more” as a way to empathize with young people on their journey of emerging into adulthood, one of the core commitments that we discovered in our Growing Young research. This phrase became a catalyst and a rallying cry for Rebekah’s church, so much so that they actually painted the words on a wall facing out toward the community.

Here’s why Rebekah’s church zeroed in on “Tell me more,” and what they did about it.

Leaders and parents trained by our Sticky Faith speakers each year

Leaders and parents now equipped to help the teenagers around them 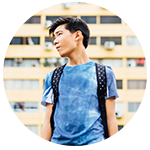 For Ian, the words “mom” and “dad” didn’t belong together. His parents were divorced, busy, and preoccupied with their own professions and problems. The breakup of Ian’s family shook the 14 year-old to his core. He questioned who he was, where he belonged, and whether or not anyone really cared.

Thankfully, Ian’s friend, Spencer, cared. Spencer invited Ian to his youth group at Mars Hill Bible Church in Grand Rapids, Michigan. Even though the church was 45 minutes from Ian’s home, Ian was desperate for a place to belong and for people who cared. So he decided to check it out.

The church soon became Ian’s refuge. The warm greeting he received from both teenagers and adults showed Ian that he had a new home and a new “family” that cared about him.

While the congregation had always said they wanted to help young people know they belong, it was the church’s participation in FYI’s yearlong Sticky Faith Cohort that showed them how to turn that vision into reality. The church fully embraced Sticky Faith’s teaching that every kid needs five adults who are on their team. Who support them. Who are consistent.

Because Mars Hill also plunged into FYI’s Sticky Service resources, Jon and other church leaders were able to help Ian discover his purpose. The youth ministry had always done mission trips. But through FYI, the church learned to maximize those opportunities by better preparing students ahead of time and improving the questions they asked students during and afterward. Ian went on every trip, and his heart became captivated by the needs of people in Michigan and beyond.

Because of the way Sticky Faith also shaped Mars Hill’s teaching, Ian came to realize his identity is grounded in God’s grace. When Ian blew it, Jon and other adults reminded him of a core Sticky Faith principle: “Jesus is bigger than any mistake.”

Ian is now a sophomore studying at Yale University, but the Sticky Faith climate of Mars Hill continues to shape him. Jon keeps in touch and has coffee with Ian every time he is home from college. Ian’s decided to study social work so that he can help others experience the unconditional love and acceptance he found through Sticky Faith. Because of FYI, Ian’s faith has stuck.

Ian’s story shows that when young people are surrounded by a loving Christian community, they are positioned to become everything God intended for them. FYI trains and works with churches and leaders every day to make that possible for millions.

Passionate leaders in the city 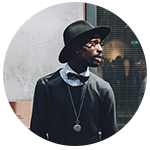 As a youth leader in Indianapolis, Anthony works at a non-profit that focuses on helping teens and young adults be empowered and equipped for long-term life transformation. Because of FYI’s training, Anthony now has solid language and skills that equip him every day in his calling to lead marginalized youth.

Omar was facing many challenges as a homeless man who was in a violent relationship and battling with a life-crippling disease. However, over the last year, Anthony has spent quite a bit of time mentoring Omar, and he has overcome all the odds against him. Omar returned to school and has finally graduated – and not just graduated but was also selected to speak at his graduation ceremony.

Because of the Certificate’s emphasis on how Jesus gives power and voice to all, including Omar, Anthony provided constant encouragement to Omar and helped him finish his studies. Just the other day, Omar said to Anthony, “I want to lead and influence our group like you do.” It brought Anthony to tears. FYI’s Certificate program helped Anthony realize that his purpose was not just to show men like Omar that God loves and cares for them, but also to help them become leaders.

Since the beginning of the Certificate program, Anthony received a promotion and now supervises many staff who work with homeless young people. Not only that, but in the past year, he also used the materials in Fuller’s training to create a curriculum for effective communication that revolves around the power of story. In addition to using this curriculum at his ministry, he has also presented this training at a few churches and other nonprofits in Indianapolis.

You are equipping women and men like Anthony to lead and unlock the potential of young people everywhere.