The art of keychain leadership

An interview with Brad Griffin

The art of keychain leadership

An interview with Brad Griffin

The FYI on Youth Ministry is a brand new podcast from the Fuller Youth Institute, where our team explores groundbreaking research, practical advice from ministry experts, and heartfelt stories from diverse church leaders and young people to give you ideas and inspiration for your youth ministry.

Today we’re excited to share an interview highlight with FYI author and Senior Director Brad Griffin, who talks from his own experience about the ins and outs of keychain leadership.

Listen to the full episode

Here’s an inside look at our conversation with Brad

Why should we think about our students as collaborators in ministry?

Students bring so much to the table. Not only their tech savvy and their ability to navigate a lot of environments, but often our ministry models and ideas feel kind of tired and unhelpful to young people. And they have a lot of different ideas to offer, if we're willing to listen and co-create. At FYI, we talk about doing ministry with young people, not to them or for them. And there's a big difference in that preposition. When we think about approaching ministry 'with,' it changes our posture because it changes our perspective on what's going on here [in ministry], and that opens up our imagination.

The unique path of keychain leadership

Can you tell me about the concept of keychain leadership? How is it different than just putting together a student leadership team?

We can think about keychain leadership in the same kind of way. We're choosing not just to keep those keys that we have, but to intentionally give them away—intentionally investing, giving keys of access, sometimes quite literally. I can tell you personally, when a pastor at our church gave my daughter a key to our church building during her senior year, something changed in her. She saw that she was taken seriously. And I saw that almost viscerally make a difference.

And it can be really hard, you know? People like me, we can be key 'hoarders,' where we just want to keep it for ourselves, thank you very much. But then on the flip side of that, we can be key 'throwers'—which I've also done—where we just kind of toss the keys at someone and say, 'Okay, go do this,' but we're not really equipping or empowering or walking with them as they learn how to use those keys. So keychain leadership is really that sweet balance between giving over access, power, authority, and responsibility, while also equipping and accompanying.

So as we’re talking about how important it is to give agency and power to young people, keychain leadership also incorporates appropriate scaffolding. How does this mirror what discipleship can look like?

To use another metaphor that also involves keys, think about learning to drive. A year ago, I was teaching my oldest daughter how to drive. And we never would have imagined starting by just giving her the keys and saying, 'Go ahead out and jump on the freeway,' right? You start in a very controlled environment. You start in a very safe environment in a parking lot somewhere. You get comfortable with the interior of the car. You learn about what it actually means to turn it on, and to work the controls—all those things. There are layers before you eventually get to the point of driving on streets and then eventually to the point of driving on the freeway.

In a similar way, keychain leadership has different stages and different levels of accompaniment, and eventually we're setting people free to do things on their own. That looks different depending on what it is we're doing. There are some things that maybe don't need the same level of accompaniment as learning to drive a car, and other elements of leadership that do.

Discipleship is always like this too. Look at how the gospels paint picture after picture of the disciples who just were messing things up all the time. And their failure didn't seem to be that big of a deal to Jesus. Their inability to get it right—their inability even to understand who he was and what he was about—that didn't phase him. Certainly, every now and then he rebuked them, right? But I see a whole lot more patience there than I see frustration or rebuke, and more accompaniment than rejection. I think there's a lot in common between discipleship and keychain leadership. And I think for young people who have gifts of leading, that it is part of their discipleship journey, really.

Becoming a leader who listens

So what do you do when you're not in favor of an idea that a teen may have, and you feel it will fail? Is it a situation where you allow space for them to fail gracefully? Or is that a teachable moment of a previous failure you experienced? How do you navigate that?

Sometimes failure is an incredible teacher. And that's uncomfortable for us, but it's important. And it's not bad to guide young people's ideas based on what you've learned. So really, this one's tough. I think it's more like the art of mentoring than a clear-cut method, because there's so much power in ownership, too. So sometimes, I think we choose to give the power of ownership and agency and responsibility, even though the possibility of failure is really high. And other times we maybe guide a little bit more because the failure feels like it could be a little too big, or too public—or maybe for that particular student would be so disorienting that it could be damaging. Some failures are more public than others. And some failures are more distressing than others for a young person. So I do think being sensitive to the context and sensitive to the kid, that's all part of the art of making that kind of decision.

Leadership begins with listening. We work a lot at FYI with Scott Cormode, one of our colleagues at Fuller, and this is one of his core principles. And I keep going back to it. Leadership begins with listening, and keychain leadership is no different. Listen to the young people around you. You might hear of needs you didn't know about. You might hear about somebody who's ready to meet those needs. You might hear about something that stirs up your imagination that you never would have been aware of if you weren't listening. So that's my final encouragement: If you are a leader, listening remains your first job. And we cannot lose sight of that.

Tweet this: If you are a leader, listening remains your first job. We cannot lose sight of that.

This course explores what it means to be a Keychain Leader, showing you how to more effectively involve young people in leadership roles in your church—an essential shift for churches committed to engaging young people. Join Kara Powell, Brad Griffin, Jake Mulder, and Zach Ellis as they journey with you in becoming a keychain leader! 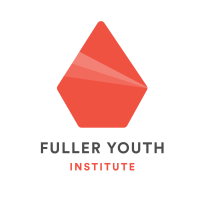