When extended adolescence hits the streets

When extended adolescence hits the streets

The discussion surrounding extended adolescence as it relates to student ministry and the church is relatively new. Students who find themselves exploring the exciting and often difficult world between high school and adulthood have challenged how we minister to emerging adults. While extended adolescence has become pervasive throughout society, models within our communities have not adapted quickly enough (either because they are being ignored or not enough discussion has been had) to meet basic needs of troubled adolescents.

For instance, how do we respond when extended adolescence hits the streets? Having partnered with a local organization that works with at-risk children and teens and their street outreach team, it has become apparent that student ministers and researchers of adolescent culture must champion efforts to assist a rapidly growing demographic of homeless 18-25 year olds. Take Travis for example. I was recently contacted by a school administrator and asked to meet with this 17 year old (soon to be 18) who had worn out his welcome couch surfing, and was about to find himself on the street. Through coordinated efforts with the ministry and the school administrator, we attempted to help Travis decide to check into the emergency youth shelter (available to those up to the age of 17). While at the shelter, Travis could finish school, stay in dorm-like accommodations, receive 3 meals a day, and have access to resources that would help him get on his feet. Sounds like a winning plan right?

Travis decided instead to use the little money he had to get an apartment. In two months he would be Fort Worths newest homeless teen and forced to face the harsh reality of life on East Lancaster. Now 18, the only options available are shelters for adults. He became one among the hopeless, the destitute, the drug and alcohol addicted who find themselves wandering in the darkness of despair. Thats what living on the street does; it sucks the life out you. It is not a place for anyone, but especially not for Travis or other emerging adults stumbling to find their place in this world.

And so now I find myself preparing Dustyn (an 18 year old kid from the suburbs and one of my own students) for life on the streets. Countless circumstances have led to his situation, but there has to be a better answer than helping him get a sleeping bag, warm coat, and a scan card so he can sleep at the Presbyterian Night Shelter. With more teens entering this new phase of life and unemployment on the rise (according to the Wall Street Journal double that of those 25+) ((Generation Jobless: For Those Under 24, a Portrait in Crisis http://online.wsj.com/article/SB10001424052970203733504577022110945459408.html.)) something must be done.

New shelters and new programs specifically meeting the needs of extended adolescents must be developed. Perhaps student ministers and cultural experts could partner with homeless and other community organizations to meet this great need. I wish we could cut the issue off at the pass by focusing our efforts on preventative measures. But at least for now, we also need to figure out how best to minister to an ever-increasing number of homeless emerging adults. 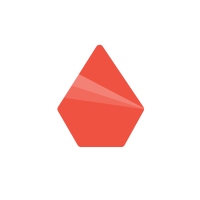