I serve at a 93-year-old congregation. It started as a mission to reach Japanese immigrants in the Los Angeles area. Over the years the congregation has evolved into a multi-Asian community made up of English speaking Asian Americans from different cultural backgrounds.

A little over a decade ago, our former senior pastor’s vision for the church included a valiant pursuit to make this historically Asian American Baptist church into a more broadly multiethnic congregation.[1] We listened to sermons, hired a consultant on racial reconciliation, developed a committee, and even diversified the ethnic makeup of the leadership and pastoral staff. We imagined a church that would better reflect God’s Kingdom on earth seen in Revelation 21:

I did not see a temple in the city, because the Lord God Almighty and the Lamb are its temple. The city does not need the sun or the moon to shine on it, for the glory of God gives it light, and the Lamb is its lamp.The nations will walk by its light, and the kings of the earth will bring their splendor into it. On no day will its gates ever be shut, for there will be no night there. The glory and honor of the nations will be brought into it. - Revelation 21

The youth pastor at the time pursued this vision and began this task by finding a job at one of the local intermediate schools as an afterschool football coach. As he built strong relationships with these students in the neighborhood, we saw an instant influx of almost the entire middle school football team into our youth ministry. The football players brought cheerleaders and other athletes, who in turn brought their friends. Coupled with a local tutoring outreach that had begun to pick up speed, our youth ministry began to see waves of new students each week at our Friday night youth fellowship. Numbers-wise, seeing this many new students was a youth worker’s dream come true! As a young pastoral intern in the youth ministry at the time, I was given a front-row seat to it all.

Our church campus is nestled in a section of town where the primary ethnic groups are Asian (with a large demographic of southeast Asian immigrant families) and Latino. The flood of students reflected the surrounding neighborhood, which conversely did not reflect our middle class, college educated, East Asian American congregation. Overnight our youth group went from English-speaking to a rainbow of dialects and languages including Cantonese, Spanish, and Portuguese.

All of this diversity came at a cost. The drastic shift in demographics began to rock the boat in such a way that it began making many adults and students uncomfortable. Our neighbors were students who were largely unchurched and had very little (if any) concept of “expected” church behavior. We went from telling students to stop talking during the sermon to dealing with stolen phones or wallets and breaking up fights. Our staff and adult leaders soon realized that the songs we sang, the games we played, and the lessons we taught were not suited for this diverse group.

The size of the youth group more than doubled during these years, shifting the dominant culture from churched to unchurched. What we did not expect was that this change would have such an effect on our existing students. With the shift in culture, many of our churched students began to feel uncomfortable coming to our fellowship, expressing that the youth group no longer felt like their own. Just as we were seeing a large growth in new students, we began to see a noticeable decrease in our regular students.

The idea of a church that was actively engaged in racial reconciliation and multidiversity was a captivating vision, but the actual work of pursuing this vision was a very difficult and complex reality. Here are a few of the lessons we have gathered from the journey:

1. Our students—and adults—needed space to form their own cultural identity

As the youth ministry became more diverse, there was an assumed understanding that the natural evolution of our congregation was to move from our Asian American identity to a more multiethnic one. In hindsight, this seemed to rely on another assumption—that everyone in the congregation had already done the hard work of integrating their own cultural identity and faith. While this may have been the case for some (especially those in leadership) who had years of involvement in ethnic-specific churches and ministries, this was a lot to ask of a typical middle and high school student in the youth group. They were in the midst of trying to figure out their own identities, and most didn’t have the nuanced understanding of some of our adult leaders.

What we began to see was that experiencing diversity wasn’t what these students lacked. What they were missing was a place where they could begin to reconcile their cultural identity and their faith with others who were similar to them. Due to the lack of spaces to enter intersectional conversations,[2] these environments are crucial.

In the end, it required the guidance of our adult youth volunteers to create spaces for exploration of both cultural identity and multidiversity. Our adults began to recognize the importance of forming their own cultural identity among others of a similar background. To respond to that need, we joined forces with other Asian American youth ministries in the area to put on an event where leaders from our context were able to connect with others and begin conversations and connections that eventually led to a mutual learning process. On a different occasion, we organized a series of purposeful conversations with our student leaders in which we discussed ethnic and socioeconomic diversity in our students and how that should matter as we developed our youth program.

Conversations that address multidiversity and intersectionality can feel like a breath of fresh air for ethnic minorities. There are few spaces in which Asian American adults or youth can bring their whole selves and have all facets of their identity identified, valued, and seen as gifts to explore. There are few things more validating than to share your experience and have someone from across the room say, “Me too.” There is relief in knowing you are not alone. Extending your whole self and embracing others in the same open posture can be one of the most powerful exchanges in ministry.

2. Our families needed support and guidance from the church

As with any healthy youth ministry, good communication between the ministry and parents builds trust and shared ownership in the faith development of the students. We noticed that our families also needed pastoral guidance to help ease anxiety about the changes they observed in the youth group.

Understandably, hearing your child tell stories of theft, disrespectful behavior, and the occasional student found under the influence of a substance would cause anxiety and concern for any parent, especially within a youth ministry that had been thought of as a “safe place” for many years.

We learned that the church also needed to create space for our parents to voice their concerns and be reassured of the value and strategy of a more diverse youth ministry. We invited some key parents into meetings with pastors and volunteer leaders, where they were able to ask honest questions and hear our vision for creating a diverse youth ministry.

Working with families took a long time, filled with small faithful steps, experimentation, and trial and error. Some days the conversations were smooth; often times they were not. Our task was to take the next faithful step and not to be discouraged by the slow pace of this work. We knew the process would be imperative to our formation.

As a good partnership between families and the youth ministry developed, these caring parents became significant allies in helping to instill confidence in other church families, and in reinforcing the value of our vision with their own children outside of youth group gatherings.

3. Our young people became the best advocates for diversity

One of the most memorable moments when I felt like God had done some lasting work in our students was when one of our own young people became pregnant. As I discussed the news with our student leadership team one Sunday afternoon, I wondered aloud if one response from the congregation might be concern and disapproval. Our student leaders reacted emotionally to this suggestion, expressing that “the church just needs to know her like we know her.” Their protective remark about this young mother signaled to me a big step in sharing the value of caring for this newer group of students.

Those student leaders became the biggest bridge builders for our church in the area of pursuing a Kingdom-inspired diversity. They developed great friendships with students from our surrounding neighborhood that created a warmer environment for everyone in our youth group. This experience also influenced one of our former students eventually to pursue a career as a counselor in her local public school district.

Starting points for your ministry

The work to pursue multiple levels of diversity in an ethnic church is complex work, but God rewarded us with some very special relationships within our neighborhood and produced a depth of growth within our youth that continues to be evident today.

If you are pursuing greater diversity within your context, here are some suggested starting points:

[1] Much can be said about using the term “multiethnic”. Technically, one would consider a congregation with our ethnic makeup as multiethnic—where at least 20% of the group is of another ethnicity—because we represented different Asian countries of origin. During this era, the language of “multiethnic” our church adopted referred to a more visibly diverse congregation, where we sought to purposefully infuse ourselves with non-Asian neighbors.

[2] Intersection is a sign that divergent approaches, opinions, and perspectives are being shared. In multicultural work, we are easily tempted to fall into one of two responses: overly-simplistic answers or paralyzing cynicism. We believe intersection is the space from which the best ideas are birthed. See our Guiding values for multicultural ministry for more on intersectionality and other values we are holding in this broader set of resources. 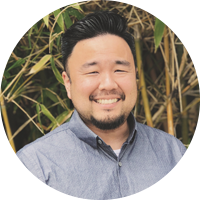 Jason Ashimoto serves as senior pastor of Evergreen Baptist Church of Los Angeles, a predominantly Asian American church in the Los Angeles area. He was previously the youth and college pastor at Evergreen and has been involved in youth ministry in various church and parachurch contexts for 16 years. Jason has also worked in the non-profit sector at a day-treatment therapy program for adolescents in the foster care system and as a Getty Multicultural Intern. He received a BA in Sociology from the University of California, Los Angeles, and an MDiv from Fuller Theological Seminary. In his spare time, he loves enjoying the vibrant culture of the city with his wife Fara and twin daughters Annabelle and Penelope.