A journey for urban youth workers

A journey for urban youth workers

“Are you tired? Worn out? Burned out on religion? Come to me. Get away with me and you’ll recover your life. I’ll show you how to take a real rest. Walk with me and work with me—watch how I do it. Learn the unforced rhythms of grace. I won’t lay anything heavy or ill-fitting on you. Keep company with me and you’ll learn to live freely and lightly.”

If you live or minister in an urban context, you know that the city is a place where life never stops. Stores and restaurants are open 24 hours a day, and the needs of people never quit either.

Given that, how do we as youth workers find rest in the midst of a 24/7 city? How do we stop when the city never does? What does it mean to care for ourselves when the needs of others can overwhelm us? We know that the greatest commandments are to love God first, and to love our neighbors as ourselves. But in reality, some of us are better at loving our neighbors and the kids we work with than ourselves. We often love our neighbors instead of ourselves, and then find ourselves worn out and exhausted.

Your community: The city as a unique context for ministry

Our lives do not exist in a vacuum, but are lived out among specific people in specific places. Ministry in any context has its challenges, but the city context has some unique challenges that can drain our energy. Being aware of how these dynamics press down on us and deplete us can help us to take steps toward a healthier life.

I remember returning home to Los Angeles after I had been away from the city at my brother’s house in Santa Barbara. As I approached Los Angeles, I felt my body go into an “alert” stage. Suddenly the traffic became dense and I became a more defensive driver. I stopped for gas and had to decide which of a handful of people who were homeless could wash my windows (for a fee). When I visited the grocery store, the parking lot was nearly full, and someone almost backed into my car. I noticed how dirty the streets were, and felt assaulted by the smells and sounds on all sides, even overhead as the helicopters circled. The line at the ATM was long, as were the lines in other stores. When I arrived home, I found a parking space on my street, amazed at my good fortune, only to be reminded by my neighbors that I would get a ticket since it was street cleaning day. I had forgotten how much energy it takes to just live in the city.

The average urban context comes with noise, smells, crowds, and long lines that would not be tolerated in more affluent areas. We often overlook the impact of these seemingly small irritations, sometimes called the “everyday harassments” of urban life, but their cumulative effect takes its toll on us.

In addition to these everyday harassments, ministry in the city is filled with the “big dramas” of life as well-the joys and struggles of life that we share with our youth and their families. Together they create an “environmental press” that can weigh upon us more than we realize.

For example, imagine a single working mother of three who lives in an urban setting and does not let her children play outside because of the dangers in the streets. The children must then spend most of their time in their small apartment. The children begin to play video games and watch more television. Over time they may develop patterns that can lead to obesity and related health problems. These behaviors emerged, however, as adaptations due to the lack of a safe place to play.

Forces in the city’s “environmental press”

What are some of the elements of urban life that press upon us as urban youth workers? One reality of the city is space. Space is used differently in cities from other areas, because there is less of it. More people tend to occupy the same space, thus there is less room for green, parking, playgrounds, and privacy. This lack of space also means that our lives can feel like we live in a fishbowl-a fishbowl without curtains. [3]

The city is a place of stimulus overload. According to Stanley Milgram, this stimulation is a result of the great amount of input and stimulation that comes with urban living. [4] Overload seems to have become a way of life in the information age, affecting people in many locations, but the physical environment of the city presses in on us in ways that are not true of other environments.

The city is a diverse place. This diversity is one of the great appeals of the city and yet it also means that we may need to operate outside our comfort zone. We expect cultural stress when we travel overseas, but it can also be a part of life in cities within the United States in which various cultures often live next to each other—literally. We are confronted daily with new and unfamiliar ways of life. A common language can no longer be assumed. Role expectations for men and women might be different than we are used to. People’s sense of personal space differs from culture to culture, as well as their boundaries around what is private and public. Women may find they receive a lot of attention they may not want. Tensions can develop about what we value and how we use time and space. [5]

The city is a place of struggle and injustice. Perhaps the aspect of city life that one never gets used to—and should never get used to—is the daily encounter with the struggle to survive. We find ourselves surrounded by people barely making it, and this can weigh upon us. There are the day laborers waiting for work, grandmothers as well as people who are homeless scouring for cans and bottles, unemployed neighbors, young leaders dropping out of college because the family needs their income, and friends who are evicted or deported. Then there are the more blatant injustices faced regularly by those whose skin is not white. Injustice and struggle in the city is an unrelenting, 24/7 event. Hope seems to be in short supply. [6]

The city is a place of projected stereotypes. The media, from news reports to Hollywood, loves to portray cities in their most negative light. This anti-urban bias is deeply ingrained in our country; the American Dream, in the minds of most people, is not an urban dream. [7]

Yet those of us who love the city know that it is a place of deep and rich relationships, where neighbors look out for each other, and where moms look after neighborhood kids in addition to their own kids. We know the joys of participating in family celebrations, as well as the shared sorrow during tragedies. Thus for urban youth workers, these negative portrayals in the media can add to the stress in our lives. This was confirmed by the recent FYI Risk and Resilience in Urban Youth Ministry Project in which urban youth workers nationwide ranked “frustration with portrayals of urban life in media” their second greatest source of stress.

The city is also a place of complexity. One day we are rejoicing with the good choices of one of our kids, the next day someone is dropping out of school. One day our heart is filled with joy, the next day sorrow.

The city as the place of God’s transformation

And yet finally and most importantly, the city is the place of God’s transformation. The city environment presses in, but it is God who wants to form us and make into God’s people. Certainly the city can be a place where we keep so busy there is no space for God. But the city can also be the place where God works transformation in our lives. Because of the struggles of life, it can become the place where we encounter ourselves, encounter our God, and where God can lead us to places of healing and growth.

Franciscan Priest and author Richard Rohr believes that the two primary means of transformation in our lives are suffering and prayer. [8] The city faces us with the suffering of our world. Rather than avoid that suffering or allow it to embitter us, we can allow God to use it to transform us. The avenue for this is prayer.

It’s interesting to me that classic literature on spiritual formation, which tends to have emerged from non-urban settings, has missed the power of the city in divine transformation. Rarely do spiritual formation materials encourage us to look for God in the press of the city, in the noise of sirens and helicopters and among the crowds. The waterfalls and mountains on the cover of devotional books at the local Christian bookstore seem to suggest that God is found more easily outside the city. It may take some time to develop eyes to see how God reveals himself within the city. But if we do, the city can increasingly become the location of our transformation.

The city never sleeps, but our God invites us to rest. Amen to that!

Click here for part 2 of our Sabbath Rest in a 24/7 City series.

[1] For more on the ecology of human development, see the work of Urie Bronfenbrenner, The Ecology of Human Development: Experiments by Nature and Design (Cambridge, MA: Harvard University Press, 1979) and James Garbarino. For an excellent explanation of this model, see Garbarino, Children and Families in the Social Environment (Piscataway, NJ: Aldine Transaction, 1992), especially Chapter 2.

[3] For more research on urban space, see Dan Hodge, “The Place and Space of the Hood” on the FYI website.

[5] For an excellent look at various cultural tensions and how we respond to them, see Sherwood Lingenfelter and Marvin Mayers, Ministering Cross-culturally: An incarnational model for personal relationships (Grand Rapids: Baker Books, 2003).

[6] Learning to engage issues and formulate justice-oriented responses can seem overwhelming, whether you live in the city or elsewhere. FYI has written a host of resources addressing these concerns (including a book by the same name). 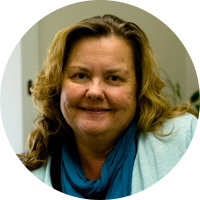 Jude Tiersma Watson, PhD, is an Associate Professor of Urban Mission in the School of Intercultural Studies at Fuller Seminary and serves on the Executive Committee for the Fuller Youth Institute. Jude and her husband John are elders with InnerCHANGE/CRM, a Christian Order Among the Poor. Jude has lived in the Westlake immigrant neighborhood in central Los Angeles for 20 years. The InnerCHANGE team in L.A. seeks to see God transform and raise up leaders for a new urban generation. Jude has a special interest in the integration of spirituality in the urban context.