Reimagining the Gospel in relationship, Part 1

What does the Gospel mean for teenagers and friendship?

Reimagining the Gospel in relationship, Part 1

What does the Gospel mean for teenagers and friendship?

While we often focus on what the gospel means for our relationship with God, it's sometimes much harder to talk about what that means for everyday life and ministry. We asked Fuller professor Dr. Tommy Givens to share about these connections, and wanted to let you in on part of that conversation about how young people can live out the gospel in their relationships.

What is the Gospel?

Most of us have grown accustomed to a gospel that is a boiled-down series of abstract statements to be “believed.” They are typically colorless statements about God’s love, sin, and Jesus’ death. People must accept their truth in order to go to heaven and live a “good life,” which is described as vaguely as it is variously. This disembodied gospel supposedly positions people to make “a decision for Christ,” and is to be their frame of reference for everything.

The problem with this gospel is that it narrows our focus to a realm of theories about God and the world that cannot do justice to the complex drama of life. It places Jesus in that “spiritual” realm and diverts our gaze from concrete matters that are central according to the biblical history of Israel, Jesus, and the apostles.

As a guide for youth ministry, it easily becomes little more than the cipher for responding to the many insecurities that our youth and our world inspire in us today. Suddenly the focus of the gospel becomes premarital sex, drugs and alcohol, obeying parents, apologetics, and some kind of inner peace. While claiming to be the central truth of the universe, it neglects the matters that shape the lives that people actually live in the world:

By making the primary concern of the gospel the “beliefs,” “spiritual life,” “heart,” and “afterlife” of a person, these life-shaping matters become so many “topics” that the Bible may happen to address, but not matters of the gospel itself. The result is a gospel that underestimates the difficulties of life, promotes pat answers to hard questions and shallow interpretation of the Bible, and is boring.

We should not be surprised that young people find a lot more life happening away from church if church is about this gospel.

Do I really believe the gospel I preach?

I witnessed this phenomenon of a colorless gospel in the last church that I served in Spain. Like many other places in the world, the church in Spain is struggling to integrate and maintain its youth in the life of the community. In my church, the youth leaders eagerly planned youth gatherings devoted to therapy for students’ inner, “spiritual” lives and to recreation (so they would come).

In those gatherings we talked a lot about Jesus’ dying for our sins as a sort of transaction, about “the afterlife,” and about the temptations of young people that we adults felt the most acutely. Meanwhile, most of the adults did our own thing. As the youth grew older, they did not need the church to live the lives they wanted to live, and not necessarily because they wanted to live “immorally.” The subject of church life was simply not especially compelling or illuminating, and the rest of us had largely failed to nourish the kind of relational bonds that the young would miss as they drifted away from us.

Over time I began to suspect that something was wrong with my gospel. The poverty of my church communities seemed to reflect the poverty of the gospel under which we lived. I slowly realized that the gospel is not a series of abstract statements but a living story. Jesus proclaimed the gospel that the kingdom of the God of Israel, with all of the promises of peace, justice, and healing that that entailed for the people of God and others according to the prophets, was drawing near. In the book of Acts, every time an apostle presents the gospel, it is not a sequence of abstract truths that claim the audience but a story, usually going back to Abraham, then passing through the exodus from Egypt and the giving of God’s law for the people, the establishment of the kingdom under David in the Promised Land, the widespread injustice among the people that led to their warring with one another and their being exiled through war with Gentile empires, and then the coming of Jesus as Messiah to answer the hopes of the prophets: hopes for peace, justice, and healing that Jesus himself began to enact in his life and surprisingly in his death; hopes embodied in the resurrection of Jesus’ body; hopes being fulfilled by the Spirit of Jesus’ resurrection in and through the community of his disciples who are telling this story.

Even in Athens, to people unfamiliar with this Jewish past and hope, the Apostle Paul presents the gospel as a story (Acts 17). He tells the Aeropagus council of how the God for whom he speaks created the world, has made all of its peoples from one person, and allowed them to spread across its surface to where they now live by the blessings of the earth. He proclaims to them that this God whose name they do not know has now sent one human being in this great human family to rule with justice, establishing his power by raising him bodily from the dead.

The gospel that positions both Christians and non-Christians in the New Testament, then, is not a series of ideas. It is a contextually sensitive rendering of the history in which they bodily find themselves, a story through which the God of Israel has been gathering a very imperfect people in order to bless them and the whole world in and through them with embodied life together to its fullest. The meaning of key terms to which we have tried to boil the gospel down—God’s love, sin, salvation—must be found in the colors and contours of this story.

To believe the gospel, then, is not to assent to a series of abstract statements but to participate in the growing life of this people as followers of Jesus by the power of the Spirit of his resurrection. We might say in a nutshell that the gospel in the New Testament is simply that “Jesus is Lord.” But as soon as one makes that assertion, she or he has to say who Jesus is and how he became Lord, and that is what the story of the gospel is about.

What Does “Jesus Is Lord” Mean Practically?

When we say Jesus is Lord, by which we mean Lord of everything, we have typically left behind the biblical story of Israel, of Jesus’ life, and of the apostolic communities. Consequently, we do not know where to concentrate our formation in the life of the gospel. Lord of everything becomes Lord of anything, and in youth ministry we find ourselves focusing on what our ill-formed fears and the market have led us to obsess about.

Does Jesus’ being Lord make us feel better inside?

Does it make us want to go to college and be responsible adults?

Does it keep us from smoking, drinking, and doing other drugs?

Does it make us wait until we are married to have sex, or enable us to prove that our ideas are right and others’ are wrong? Without the living story of Jesus’ lordship, we will assign its power to whatever we are the most insecure about, and that is a pathetic lordship if ever there was one.

Jesus’ being Lord of the world means a lot of things, but the focus of it in the Bible is primarily how it empowers people to treat one another. This is the claim the gospel makes on both those teaching it and those being taught. It is a claim on their relationships, their patterns of community. The law of God has always been about how the love of God is revealed in our loving one another. In the Gospels the power of Jesus brings people to the table who have been estranged and teaches those gathered to share their food, their possessions, and their lives with one another. He shows his disciples how to love one another by the way that he loves them, by giving all of himself to them, by emptying himself to the point of washing their feet as their slave, telling them that this is what friendship means, and by dying for them at the hands of the enemies whom they hate and whom Jesus teaches them to love.

Jesus’ way of loving and gathering people challenged the existing political and economic authorities and structures to the point that they tried to crush his power through the shame of crucifixion. But the resurrection showed that Jesus’ love to even the extreme of dying shamefully for his friends and enemies conquered death itself: it swallowed up the force that causes bodies and the rest of the earth to decay, the fear of weakness that tears us apart from one another and leads us to attack and use each other. This resurrection is the dawn of peace with God and one another.

Acts and the rest of the New Testament tell us how the practical power of Jesus’ love goes on to bring together people who’ve been hostile to one another. It enables them to stop hoarding from each other, to stop killing each other, to stop exploiting each other, and now to love God and each other by the power of the resurrection of Jesus from the dead. This is a power of God that the empires of the world cannot stop, just as the prophets foretold, and the ironic heart of this gospel is that this victorious fullness of God’s power is revealed through the emptying of God’s self, for us and for the whole world. This embodied love of God to the depths even of the cross is the source of our embodied power to love one another and thus the life of the gospel. 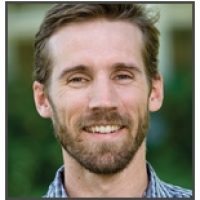 Tommy Givens teaches New Testament Studies at Fuller Seminary in Pasadena. He also teaches in the area of Christian Ethics and in Fuller’s Latino Center. Before returning to the U.S. to complete his doctorate at Duke, Tommy served as a missionary in Spain for seven years. He is also a fierce pillow fighter, likes to surf, and parents four children ranging in age from two to thirteen.