This article is part of a series on Sticky Faith in multicultural contexts, born out of a recent think tank with leaders from Asian American, African American, Latino, Urban, and Multiethnic ministry contexts. The goal of the gathering and subsequent research is to help ministry leaders better understand and respond to particular cultural realities of these groups, as well as to help leaders within culturally-specific contexts adapt Sticky Faith principles and practices in authentically contextual ways. Stay tuned for more in this series!

If a non-Asian youth leader walked into almost any Asian American youth ministry in America, it might feel fairly familiar.

If that leader was you, you would likely recognize the songs, maybe play an icebreaker game you’ve played before, and hear a message from a youth pastor who attends the same leadership conferences that you do. You would break up into small groups and hear questions and conversations from students who largely speak and act just like the students in your church.

The one main difference is that these students and their families happen to be Asian Americans. And the question is, does that make a big difference in how we think about and do youth ministry with these specific young people?

Part 1 of this series will explore why it does matter. Then in Part 2 we will look at what Sticky Faith principles and practices could look like contextualized for an Asian American church context.

As the number of Asian American churches continues to grow across the country, it’s important that we’re beginning a discussion about the critical issues for youth ministry in the Asian American context. If we want to better serve a significant number of students, families, and leaders, then it’s a conversation that needs to keep happening in youth ministry and church leadership circles. But it’s a daunting task for two reasons.

To begin this conversation about concerns and needs pertaining to youth ministry with Asian American teenagers and families, we need to recognize that first we have to do a lot of listening and a lot of learning. This is both for those who are in the Asian American context of youth ministry and for those who are trying to understand and partner with youth workers in this context. We’re not looking to create definitive cultural summaries; we’re brainstorming talking points to help us better understand how God is calling us to care for and disciple Asian American students and families.

So to help us get started, I’d like to highlight three critical issues: difficulties with identity formation, a performance/works-based understanding of faith development, and cultural and language barriers between generations.

When we think about the issues that impact any adolescent, the questions of identity (“Who am I?”), belonging (“Where do I fit?”), and purpose (“What difference do I make?”) are regularly at the forefront. For Asian American youth, figuring out these questions becomes more difficult as they navigate the expectations of their Asian cultural heritage and the challenges of coming from an immigrant background.

Along with the questions that every adolescent asks themselves, Asian American youth have a whole other set of questions they are confronted with:

We can’t discount these challenges facing Asian American students. They are not all simply the “model minorities” who quietly and successfully assimilate to mainstream culture and achieve academic and economic success. Many are struggling to connect with two very different cultures, trying to measure up to impossibly high expectations, and dealing with varying degrees of societal racism.

What if the church could be a safe place for them to figure this all out?

Several years ago I stood in our church hallway with an Asian American high school student who I would describe as a high-achieving, highly-involved, discipled-since-she-was-in-diapers student leader. For the first time ever, she started opening up about some of her frustrations and doubts about life and faith. And she started to cry.

None of that surprised me as a youth worker, but what she said next did: “I feel like I just lost, because I cried in front of you. I feel like I lost because I showed weakness.” I was puzzled and asked her why, assuring her it was perfectly normal to be in the emotional place she was. But then she said, “I was raised to win. I have to win at everything.”

Though seen as a cultural stereotype, it often proves true that Asian American youth are put under an enormous amount of pressure by their parents and social structures at large to succeed in academic and extracurricular activities. Again, the image of the “Tiger Mother” who militantly pushes her child to succeed (even at the cost of the child’s sense of self-worth) is indeed a caricature, but based on realities that resonate for many Asian American youth.

What does this mean for an Asian American teenager’s understanding of faith? Faith development either becomes secondary to academic or real-world success or becomes another avenue in which the teenager feels the pressure to achieve and succeed.

Almost every youth worker I know in an Asian American context has heard this question posed to Christian parents: “Are you more concerned that your child gets into Harvard or gets into heaven?” The exhortation behind this question is well-meaning: put as much emphasis on your child’s faith development as you would on their academic or extracurricular development. Instead of missing church on Sundays because of swim meets or youth group on Wednesday nights because of yet another tutoring session, parents should encourage their students to be “better disciples” by actively participating in those youth ministry programs.

But this is where all of us who are part of the “spiritual family system” for Asian American students (youth workers included) need to pause and ask this question:

Are we operating with a performance/works-based understanding of faith development, or one that is rooted in the radical grace and forgiveness of the gospel?

For Asian American youth, the shame-based and performance-oriented notions of worth and success can easily bleed into their understanding of how to grow and mature in their Christian faith. I’ve heard countless times from students who want to go on a short-term mission trip or join the student leadership team that their main reason is a desire to “get back on track with God” or “get better in their faith.” While this may not sound different than what you would hear from any other Christian teenager, Asian American youth often deal with it at deeper, more fundamental level. If they’re not growing in their faith or meeting the expectations or cultural norms that are prescribed for them in their Christian homes or youth ministries, they are failing with God, too.

And that failure can translate into shame for the family. Many Asian cultures have shame-based and conformist aspects to them, wherein the success of the child is directly tied to the honor and status of the parent and family. While immigration history affects the magnitude of these cultural forces, they still exist for second- and third-generation Asian Americans who see the success of their children as a reflection of their own success. Having grown up with these expectations themselves, Asian American parents (unknowingly, at times) can push their children to find their value in how much they succeed, and even in how fervently they believe in God.

How many Asian American students who attend our churches feel this way: If they don’t achieve at home and at school and at sports AND at church, they will be letting someone down, losing, or somehow considered less?

3. Cultural and language barriers to engaging families and intergenerational relationships

Youth workers in the Asian American context who hear stories like these all the time would love to come alongside these young people and invite them into a better story. But as experience and research has taught us, we don’t do that alone; we need to minister in partnership with parents, extended families, and adults in our churches in meaningful intergenerational relationships.

But this is often the biggest roadblock for youth ministries in the Asian American context. When parents and other adults in the church have a different “heart language” and culture than that of their children and young people, parent-child relationships are strained and intergenerational relationships feel impossible. And often the youth worker and a few volunteers who understand youth culture (and sometimes are the only ones who speak English) become solely responsible for the welfare of the teenagers in that church.

Even for churches where the language and culture divide for Asian American adults and youth is not as significant, intergenerational relationships are still difficult because those adults usually have not experienced significant intergenerational relationships within the church themselves. They view intergenerational relationships largely in terms of positional authority and pedagogical responsibility, i.e., “respect your elders and listen to your teachers.” These Asian American adults know how to be responsible adults who teach a youth Bible study, but not how to meaningfully connect with the awkwardness and confusion of a young person at a heart level. Their cultural narrative says that adults can’t relate to young people where they are because it doesn’t match up with the prescribed roles for adults.

So even when language or culture is not an issue, intergenerational relationships for Asian Americans still tend to look more formal and instructional than in other contexts. For example, volunteer leaders in Korean-American youth ministries will often be referred to as “youth teachers” and will be called “Teacher John” or “Teacher Susan” by students. In the Chinese-American church, children will call adults “uncle” or “auntie,” but more so because of respect and cultural norms than because of a meaningful intergenerational connection.

Imagine the impact of an Asian American adult who doesn’t follow the same old cultural script and steps into the world of a young person in order to share love and grace. It might just feel like the ministry of Jesus.

In Part 2 of this series, we’ll take a look at how an Asian American ministry could implement Sticky Faith principles and practices in light of the contextual issues above. As you consider these issues yourself, here are a few steps for reflection and action: 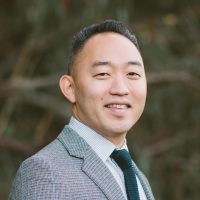 Mike Park serves as a pastor at Hope Midtown, a church plant in the heart of New York City. Before that, Mike led student ministries for 12 years in churches in California and New York in various cultural, ethnic, and socioeconomic contexts. He completed a BA from University of California, Berkeley, an MDiv from Fuller Seminary, and is currently a Doctor of Ministry student at Fuller. Mike also serves as a coach for the FYI Sticky Faith Cohort and is a Student Ministry Associate with Slingshot Group. Mike has the great privilege of speaking to students, parents, and youth leaders all across the country. Mike and his wife Jeanne live on the Upper West Side of Manhattan.