Help students to embrace a justice that restores, part II

Help students to embrace a justice that restores, part II

How can young people bring restorative justice to their communities through reintegration, collaboration, and policy change?

In part 1 of this series we outlined ways restorative justice can be used in the youth group context by helping students take responsibility for wrongdoing and move toward restoration. Where do we go from here?

Carlil Pittman was dropped from the rolls of his Chicago public high school after he was caught skipping class in the cafeteria.

According to Pittman, “I had just found out that my girlfriend was pregnant, so I went and I sat in the lunchroom. And the security [guard] saw me, and he took me to the disciplinary office. And when I got there, some lady in there—I don’t know who she was—she was like, ‘Let me see his grades. … Okay, let’s drop him.”

It took Carlil several months to find another high school that would admit him.[1] For many, expulsion from school—whether on justifiable or questionable grounds—is one step in a pathway toward incarceration in a system bent toward measures that are punitive rather than restorative. Especially for African-American students like Carlil.

A more restorative approach involves moving away from suspensions and expulsions, as well as diverting youth who have committed crimes away from formal processing in the legal system. For instance, another school district worked in partnership with police to create a one-time opportunity for first-time juvenile offenders as an alternative to prosecution.[2] In this process, student records are reviewed and special consideration is given to students in foster care. In addition to addressing behavioral change, students are mentored and taught new skills that will help them make healthy decisions. Local churches, neighbors, and nonprofit leaders volunteer to provide this mentoring support.

This program’s success rate has grown from 75 percent to 100 percent in just four years. The willingness of both parents and students is key to the success. Mentoring partnered with the work of mental health professionals, school, police, family, and community provides the necessary support for restoration to become a reality.

You may or may not know teenagers who have been involved in the criminal justice system, but no matter where you live, all of our ministries have the potential to be impacted by incarceration in some form. More than 2.3 million Americans are behind bars—that’s one in every one hundred people.[3] Many of these are young people who struggle with reintegration once released. How can restorative justice be implemented to help communities receive formerly-incarcerated youth and help youth re-enter their churches and communities? Reintegration is a key pillar of restorative justice.[4]

As a community of peers and mentors comes around the returning young person, they can experience love, value, and belonging. The first step is to provide students an environment to share honestly about what happened. Special consideration needs to be given to mental health and trauma issues related to the detention of the student, which means partnering with professionals is critical.

Second chances come with clear boundaries and expectations that will create safe environments for everyone involved. Critical to this process is the presence of at least one trusted adult. Nell Bernstein writes, “The kids I’ve seen make it have followed various trajectories, but they all have a consistent relationship with at least one trusted adult.”[5] Here is where the faith community can really shine.

Churches can play a key role in creating healing communities around individuals and contributing to the success of those reentering society. One of the functions of a church is to redefine the identity of the young person beyond the labels society has put on them, labels like “ex-con,” “formerly incarcerated,” or “offender.” Rather than defining them by their crimes, we can begin to define their identity as image-bearers of God. Dr. Gretchen Kerr suggests, “A framework for returning citizens’ spiritual, moral, and relational needs can be built...The church must be there to walk out of the jail alongside them. Even more than that, the church must be willing to stay by the side of each person.”[6] The church is called to be a welcoming place while providing practical care and help. All of this stems from a lived-out theology of relationship and restoration.

Advancing restorative justice in your city

Across the country, Black students like Carlil Pittman in the opening story are suspended, expelled, and arrested in school at much higher rates than white students for comparable offenses.[7] Organizers, advocates, and scholars use the term “school-to-prison pipeline” to refer to the numerous intersecting policies and practices that impact students and their entry into the criminal legal system. This pathway from school to prison predominantly exists for Black and Latino students, low-income students, students with disabilities, and students in foster care. Students at the intersections of these categories are profoundly impacted. Consider that Black and Latino students make up half of all children in foster care, a system in which nearly a third enter the juvenile justice system for cases related to their behavior at their foster placements (e.g., running away from a group home); one out of every four youth who exit the foster care system are incarcerated within a few years of their 18th birthday.[8]

Today, young people are organizing in communities across the U.S. to dismantle the school-to-prison pipeline and institute restorative justice policies. During his senior year, Carlil joined a group of students in his city, Voices of Chicago Youth in Education (VOYCE) in fighting for equitable access to education and an end to the school-to-prison pipeline. VOYCE successfully advocated for a law that brings extensive changes to all public and charter schools in Illinois. The new set of discipline policies requires schools to stop using suspensions and expulsions broadly and disproportionately. Teachers must be educated on positive approaches to school safety and climate, and students must receive support services and other interventions that address the root causes of their misbehavior.[9]

VOYCE is a member of the Alliance for Educational Justice (AEJ), a national collective of youth-led organizing groups that are advancing a movement for restorative justice and equity in education.[10] According to Jonathan Stith, the National Coordinator of AEJ, their organizing goes beyond winning changes in school discipline policy and practice. It is also “pushing systems to invest more in education than incarceration.”

In Washington DC, a coalition of youth and adults from schools, churches, and community organizations worked together to radically transform the city’s approach to juvenile justice, changing the system from one known for rampant overcrowding and abuse to one lauded for its focus on alternatives to incarceration and positive youth development. Young people most affected by the city’s over-reliance on incarceration were at the forefront of these efforts—holding rallies, lobbying city council members, and educating residents on the need for an alternative approach to justice. Other members raised funds for the campaign, conducted critical campaign research, and helped to write the law that led to system-wide juvenile justice reform.

Working closely with other organizations in New York City, Youth Ministries for Peace and Justice (YMPJ), a Christian youth leadership development organization, won over $2 million for a restorative justice pilot program in 15 schools.[11] YMPJ employs a faith-rooted approach to organizing, which allows them to foster spiritual formation and draw from the rich resources of Christian faith, while also collaborating with other groups.

Providing restorative justice services as a community development ministry is yet another approach for promoting restorative justice in your city.[12] The Memphis-based ministry Mediation and Restitution/Reconciliation Services (MARRS) exemplifies this approach. MARRS provides mediation services for young people in Memphis—both those who have committed offenses and the people whom they harmed. According to MARRS, “the combination of mediation and ministry lends to the success of the program.”[13]

[1] Activists Behind School Discipline Bill Are Experts on The Topic.” Accessed online at http://wuis.org/post/activists...

[2] The Gateway to Success Program. In 2011 the CA Attorney General acknowledged AUSD for their best practices in truancy prevention and early intervention strategies. In order to qualify for this program, students must be either an Alhambra resident or enrolled in AUSD and be under 18 years of age, have no prior arrests/arrest record, committed a non-violent/non-narcotic misdemeanor offense and have a parent/guardian actively participate and complete the entire parenting skills program. See http://www.alhambrasource.org/announcements/alhambra-police-department-launches-new-youth-diversion-program.

[5] See Nell Bernstein in Burning Down the House: The End of Juvenile Prison. Further, The Search Institute’s research shows that students need 3-5 mentors in their lives in addition to parents/guardians.

[6] Dr. Gretchen Kerr, “Re-Entry: Closing the Revolving Door of the Jail and Opening the Door to the Church” (unpublished dissertation, 2012). Also see this re-entry initiative within the United Methodist Church: http://www.rethinkchurch.org/articles/restorative-justice

[10] “Who We Are,” Alliance for Justice in Education. AJE member, Padres & Jovenes Unidos (Parents and Youth United), won landmark legislation dubbed the Smart School Discipline Law in Colorado in 2012. The law requires all 178 school districts in Colorado to use restorative justice, peer mediation, counseling, and prevention strategies as alternatives to suspension, expulsion and referral to law enforcement. As a result, Colorado schools have decreased expulsions by 36%, suspensions by 17%, and students’ referral to law enforcement by 23%. Today, the group continues to organize for an end to racial disparities in school discipline that persist despite the overall reduction in suspensions and expulsions. Padres y Jovenes Unidos. “End the School-to-Jail Track,” Padres y Jovenes Unidos Web site.

[12] Christian Community Development (CCD) is a church-based practice of restoring under-resourced communities, while investing in the leadership of local residents. To learn more, visit www.ccda.org 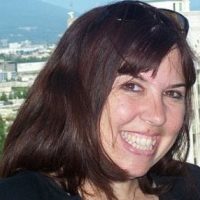 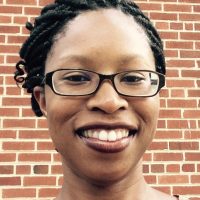 Dr. Johonna Turner is a scholar and educator with fifteen years of experience working with children, teens, and young adults in various settings. She is an alum of FYI's Urban Youth Ministry Certificate, and will be Assistant Professor of Restorative Justice and Peacebuilding at Eastern Mennonite University beginning in fall 2015.