Implications for your youth ministry

Implications for your youth ministry

Two different sides of the aisle (to say the least). And yet if you’ve seen the recent “We Can Solve It” campaign, you know that both sides of the aisle are joining forces to show that when we unite and work together, environmental change is possible.

If you’re like I was a few years ago, you see those television advertisements or read about climate change and you blow it off because it doesn’t “feel relevant” and doesn’t seem to matter to the lives of the kids “that I work with.” Sound familiar? Yeah, to me too.

Consider this: The population of the earth increased from three billion to six billion in 27 years and will re-double at an even faster rate in the future. [J. Matthew Sleeth, “6.5 Billion and Counting,” Books & Culture 36 (Mar/April 2007): 36-37.] The hybrid Toyota Prius has quickly become one of the United States’ fastest selling car models. If global warming happens as projected, and if it does affect sea levels as forecasted, each single foot increase from the current sea level would potentially negatively impact 118 million people. [Patrick D. Nunn, “Understanding and Adapting to Sea-Level Change,” in Global Environmental Issues, ed. Frances Harris (West Sussex, England: Wiley, 2004), 53. ] These factors reveal that the world teenagers—including the teenagers in your ministry—live in will undoubtedly change.

When former Vice President Al Gore won the 2007 Academy Award for Best Documentary Feature, he challenged, “My fellow Americans, people all over the world, we need to solve the climate crisis. It’s not a political issue, it’s a moral issue. We have everything we need to get started, with the possible exception of the will to act. That’s a renewable resource. Let’s renew it.” [An Inconvenient Truth] If this claim is correct, the issue of environmental degradation, also known in the Christian community as creation care, is both a moral and a theological issue. In the midst of the current spotlight on environmental issues, the real questions that we as youth workers need to ask are: What does God have to say about caring for creation? and, What are the implications for our youth ministries?

There is an abundance of scripture verses that point to environmental stewardship. Many of these passages are often overlooked, in part because it’s assumed that scripture almost exclusively speaks to the relationship between God and humans and not nature. However, ignoring what scripture says about God’s relationship with nature minimizes our understanding of our place within creation, which then makes us “blind to our own creatureliness and therefore not fully to reverence God as creator.” [Donald Miller, “The Biblical Basis For Ecology,” Brethren Life and Thought 24.1 (1979): 14.]

Genesis 1 and 2 are obvious starting places when looking for a biblical understanding of creation care. The creation story in Genesis 1 reveals that God created all of creation, including man and woman. When believers acknowledge that all the earth, including humankind, is the creation of God, we must conclude that all creation serves to reflect the glory of God. [M. Darrol Bryant, “The Modern Myth of Mastery and the Christian Doctrine of Creation: A Journey in Ecology and Creation Theology,” Dialogue & Alliance 9.2 (1995): 61.] Regardless of created order or humans’ position in creation, whether as the pinnacle of creation or its custodians, our first obligation as part of creation is to bring the Creator the glory he is due.

In Genesis 1:28, God tells Adam and Eve, “Be fruitful and increase in number; fill the earth and subdue it.” The word for “subdue” in this text does not authorize humans to do whatever they want with creation. A full understanding of Genesis 1:28 comes when it is tied to Genesis 2:15, “The LORD God took the man and put him in the Garden of Eden to work it and take care of it.” When these verses are read together, subduing can be understood in the way God has dominion over creation, through cultivating and enriching, rather than simply depleting and polluting. [Donald Miller, “The Biblical Basis for Ecology,” 15.]

Humankind is the only part of creation created in the image of God, but this does not give us the exclusive ability to bring God glory. If we authentically believe “the earth is the Lord’s” (Psalm 24:1) and God created it out of a profound sense of divine love, we must remember that we are not the only part of creation capable of bringing God glory. In fact, being created in God’s image gives humankind the unique ability to recognize and respect the sacredness of all of God’s creation. [Dee Carter, “Unholy Alliances: Religion, Science, and Environment,” Zygon 36.2, (2001): 369.]

In addition to Genesis 1 and 2, there are other passages that include instructions about how we are to care for God’s creation. Exodus 23:10, Leviticus 25:1-7 and Jeremiah 12:4 detail land use as mandated by God’s covenant with his people. Psalm 104 is poignant, describing God as an active participant in creation, likening God to a farmer in verses 27-30. [Donald Miller, “The Biblical Basis for Ecology,” 343.] God’s participation in the maintenance and care of creation is ongoing, and human participation should be continuous as well. Interestingly enough, while God is described as an active participant in creation, humans are hardly mentioned in Psalm 104; humans seem to take a role equal to that of the rest of creation—that which God has created and continues to sustain. [Donald Miller, “The Biblical Basis for Ecology,” 345.]

Whether we believe the scientific basis for global warming is legitimate or not, as believers our response to God’s creation is not predicated on scientific data alone. Scripture gives plenty of fuel for our drive to care for creation. Yet what isn’t often immediately clear is the connection between creation care and another scriptural mandate: offering kingdom justice to all people around the globe.

The World Council of Churches, as early as in its Fifth Assembly in Nairobi, Kenya in 1975, linked environmental degradation to economic and social injustice. [Andrew Warmback, “The Earth Is God’s And All That Is In It,” The Journal of Theology of South Africa 110.1 (2001): 86.] As Dr. Andrew Warmback, pastor of St. John the Baptist Anglican Church in South Africa, writes, “Poverty, like riches, produces ecological imbalances. When constrained by need, the poor exhaust for the sake of short-term satisfaction what might be their long-term support”. [Leonardo Boff, Ecology and Liberation: A New Paradigm (New York, NY: Orbis Books, 1995), 21.] Northern countries, such as Canada, the United States, the United Kingdom and the European Union, consume a disproportionate amount of the goods and services that can be provided by global resources. Simultaneously, the Southern countries, predominantly African and South American nations, saddled with debts from attempting to attain the same goods and services from the Northern countries, try to develop new products by pillaging their own natural resources. As a result, the level of ecological degradation is increased, which in turn further increases the gap in quality of life, poverty and social justice. [[Andrew Warmback, “The Earth is God’s”, 81.]] With the spotlight back on Africa because of epidemic disease, heightened poverty, clan wars and ethnic cleansing, the opportunity for holistic transformation on a global scale across all of these issues as well as environmental degradation is near.

Going Green in Your Youth Ministry

In response to the environmental concerns currently being raised, a host of Christian leaders have chosen to take action because they realize that their response (or lack of it) is an indication of their understanding of creation and a statement of their belief about the Creator. The Methodist Church of South Africa has employed an interesting strategy in regards to what they refer to as an “ecological ecclesiology” [David Field, “The Gospel, The Church And The Earth: Reflections On An Ecological Ecclesiology,” Journal of Theology For Southern Africa 111.1 (Nov 2001): 67.] with a set of liturgies called the “Khanya Programme” which utilizes transformed worship to empower the poor and to care for the earth. [David Field, “The Gospel, The Church And The Earth,” 68.] The Reverend Jim Ball started the WWJD campaign with a twist: “What Would Jesus Drive?” so Christians would be more thoughtful about the vehicles they own. The Evangelical Environmental Network was formed by the Episcopal Church with an emphasis on collaborative action, information and coordination of environmental efforts, all of which are supported by a solid foundation based on scripture.

How, if at all, is your youth ministry engaged in creation care? If your answer is not at all, it’s possible that you are unintentionally making a theological statement about your understanding of creation as well as humankind’s relationship to creation and the Creator. Ask yourself a number of questions to begin the process of developing your place in this theological conversation, including:

These questions—and perhaps others—can be the starting point of creating a concrete understanding of our practical theology of creation care.

Then we can turn to more practical questions such as, is it enough to challenge people to begin to use compact fluorescent light bulbs? Or to drive hybrid cars? Should we challenge our students (and ourselves) to live in ways that impact the environment less?

What are you doing already in your student ministry already that might be altered slightly to help solve the problem of ecological degradation, poverty, and the lack of social justice and teach students at the same time? 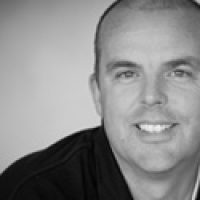 Kris Fernhout has been a youth pastor for more than 20 years and currently has the ptivilege of being the Student Ministry Pastor at Christ Community Church: Olathe Campus, a multi-site church in Kansas City. He loves coffee, cycling and DJing and just completed his Doctor of Ministry degree in Fuller's Youth, Family & Culture program.