How to help your kids deal with failure

When Things Fall Apart in Our Kids' Lives

How to help your kids deal with failure

When Things Fall Apart in Our Kids' Lives

“I think you are going to have to let him fail… ”.

It’s much harder to face with my own kids.

I always follow that statement about failure with a caveat. The caveat goes something like this: “I am sitting over here in my chair and I’m not the parent. I have a certain emotional distance from the relationship and situation than you have. So as a parent, I don’t know what I would do, but as a pastor and therapist I think we need to let him fail…”

Not exactly the response that most parents are looking for.

This is the deep tension we face when we talk about watching kids fail. No matter how much we try to intervene to keep failure from happening, the reality is that we have little control over what our kids do or over the outcomes that result.

At the end of the day, our kids are free beings who make choices. And those choices often lead to failure.

A Theology of Failure

If you Google the phrase “theology of failure,” you might find quotes, articles, and a mention of a book or two. But for something as pervasive in our lives as failure, it’s surprising how few resources are available.

As a Christian, I read the Bible and it seems like one long narrative on failure. From the outset in Genesis, we find Adam and Eve failing at living out God’s command not to “eat from the tree of knowledge of good and evil.” (Genesis 2:17) As the narrative progresses, we are witness to God’s chosen people, the Israelites, experiencing one failure after another. Even when Jesus enters the scene in the New Testament, failure doesn’t take a hiatus. Instead failure is implicit in every narrative moving forward. Whether it was Peter cutting off the servant’s ear , (John 18:10) Paul persecuting Christians, (1 Corinthians 15:9) or Thomas doubting, (John 20:24-31) the Bible is full of failure.

Yet failure is not the end of the story. For every failure in the lives of people in the Bible, there is a God who is constantly in the process of taking failure and redeeming it into something life-giving.

One of the things that I point out in The Anxious Christian 1 is that so many of us go around quoting Jeremiah 29:11, “For I know the plans I have for you,’ declares the LORD, “plans to prosper you and not to harm you, plans to give you hope and a future.” But rarely do we back up to verse 10 where the Lord reminds them that they will go through 70 years of captivity in Babylon. When we divorce verses 10-11 from each other, we can begin to see how we easily remove failure from our narrative, focusing only on the triumph.

Jessica Lahey wrote in The Atlantic about “Why Parents Need to Let Their Children Fail.” 2 Lahey cites a study out of Queensland University of Technology on the concept of “overparenting” which is described as parents’ “misguided attempt to improve their child’s current and future personal and academic success.” There is growing anecdotal evidence among teachers in particular about “a whole new level of overprotectiveness: parents who raise their children in a state of helplessness and powerlessness, children destined to an anxious adulthood, lacking the emotional resources they will need to cope with inevitable setback and failure.” (Ibid.)

The tension between putting pressure on kids to succeed and the reluctance to let them fail is usually present when I teach parenting classes. I find that I can’t ignore the number of kids I have been working with over the last 18 years who have been crumbling under pressure to succeed at all costs. One particular conversation that stands out is when I was teaching through Madeline Levine’s book, The Price of Privilege 3. A parent whose daughter was overinvolved in activities questioned me when I suggested focusing on only one or two activities at a time. The parent shot back, “What if my kid is good at doing 67 things at a time?” I didn’t know how to respond other than to say, “Just because they are good at doing 67 things at a time doesn’t mean they should do so much.” The tragic irony of the debate was that the parent’s daughter was in counseling for anxiety, depression and suicidal thoughts because of her fear of failure.

Judith Warner, author of Perfect Madness: Motherhood in the Age of Anxiety 4 writes about Levine’s work in the New York Times. She begins by describing the “self-loathing and grief” that one high school girl experienced after failing to get into her top-choice college, and goes on to describe what failure means for many other young people:

“Other kids cheat, take drugs, drink, shut down, or, worse still, keep up their tightrope act of parent-pleasing, Ivy-aiming high achievement while quietly, invisibly dying inside. ‘The cost of this relentless drive to perform at unrealistically high levels is a generation of kids who resemble nothing so much as trauma victims,’ Levine writes. ‘They become preoccupied with events that have passed—obsessing endlessly on a possible wrong answer or a missed opportunity. They are anxious and depressed and often self-medicate with drugs or alcohol. Sleep is difficult and they walk around in a fog of exhaustion. Other kids simply fold their cards and refuse to play.’" 5

Moving Toward —Not Away From—Failure

As I look at failure in the Bible narrative, it seems inevitable that failure is part of our lives. But it’s not just a stagnant part of our lives that bears no meaning; rather it often seems to be the crucible through which God reaches into our lives. Our failures become the transforming work of God, a fertile ground that helps us live more in line with who he has created us to be.

So the question becomes, If failure is inevitable, how do we not try to prevent it by putting pressure on our kids, but instead enter into the messiness of failure and walk alongside our kids?

Where Do Parents Start?

There are a lot of places we can begin when it comes to failure. Let me give several suggestions here that can be a starting platform for us in how we view failure.

Perhaps you can share a story of your failure with your kids. Though many parents may be ashamed of past failures, sharing with your kids some of your failures can help in a couple of different ways. First, it can humanize you as a person. You are someone who has made mistakes; your kids need to hear that. Second, it provides a reminder for them that God works in the midst of our failures to bring about redemption and new opportunities. Sharing your past failures and your current hope helps bridge the gap for kids when they have failed. You become an example of what it looks like to move through failure.

Taking Action: What You Can Do Today

I often have very little time in a 45-minute therapy session with a family to suggest too many steps. So I usually want to give parents something they can do immediately. Here are three suggestions you can implement today:

Working through failure is messy business, but if you begin to take these small steps today, over time you can create a safe space for you and your kids to talk about failure.

1. Smith, R. The Anxious Christian: Can God Use Your Anxiety for Good?, Moody Publishers, Chicago, IL. 2012.

3. Levine, M. The Price of Privilege: How Parental Pressure and Material Advantage Are Creating a Generation of Disconnected and Unhappy Kids. Harper Perennial, 2008. 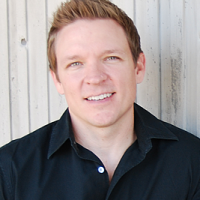 Rhett Smith is a Licensed Marriage and Family Therapist (LMFT) in private practice at Auxano Counseling in Plano, TX. He is the author of The Anxious Christian: Can God Use Your Anxiety for Good? and his latest book, What it Means to be a Man: God's Design for Us in a World Full of Extremes. He is a graduate of Fuller Theological Seminary (MDIV, MSMFT) and lives in McKinney, TX with his wife Heather and their two kids. You can read more about Rhett's work and connect with him at www.rhettsmith.com