I grew up in the Michael Jordan era.

Jordan was arguably the greatest basketball player of all-time who led one of the greatest teams of all time: the Chicago Bulls. For those of you who do not remember, the Bulls won six championship titles in eight years. If Jordan would not have retired (twice), they may have even won eight in a row. Regardless, winning six championships in a decade is unprecedented. When teams are this successful they inherit a new title in addition to being a champion: dynasty.

The 90s was also the era of the Buffalo Bills. Despite making four consecutive appearances in the Super Bowl (1991, 1992, 1993, and 1994), they lost four consecutive Super Bowls also unprecedented. For the Bills (and their faithful fans), these years are not marked by the word dynasty, but rather disaster.

How is it that Michael Jordan could lift the championship trophy over his head on so many different occasions while Jim Kelly (the quarterback for the Buffalo Bills) found it difficult to just keep lifting his head after so many consecutive defeats? What was the difference in their respective team's performance? Could the Bills have made any adjustments or were they simply unlucky? What's the ultimate difference between a dynasty and a disaster?

Ministry was designed to be a team effort. By Gods design, no one person is gifted to do everything well. Youth ministry is communal; it is the work of the entire body. Every person is equal as we first cling to Jesus Christ and then cling to one another; yet we all may play different roles and make different contributions.

So as members of a ministry team, we should be asking: What makes a great team a great team? Does it happen by chance or are there specific dynamics at play? If we knew what those dynamics were, how would we adjust our own approach to teamwork in order to draw the best effort out of our people?

According to their research, high performing teams share the following characteristics:

First, high performance teams have both a clear understanding of the goal to be achieved and a belief that the goal embodies a worthwhile and important result. [[Ibid, 27.]] This might also be stated as your mission, your reason for being, or an answer the question of why do you exist? Just as people come to your organization or ministry because they are drawn to your mission, they most likely leave due to a lack of vision. Things get stale. They don't see movement towards something that is important to them.

It is imperative to select the right people. What should be paramount is selecting people who are best equipped to achieve the team's objectives. [[Ibid, 59.]] We often face a tension between wanting to involve any person who is interested in youth ministry and finding the best place for them to make their contribution. You might consider making a distinction between direct and indirect ministry to students. Direct ministry is for people who are relationally gifted with students. Indirect ministry opportunities are designed for people who are more service or administratively skilled. The goal is to be able to say yes to peoples desire to serve while allowing them to function out of their gifts, competencies, and skills.

The teams we investigated were always characterized by a genuine dedication to the goal and a willingness to expend extraordinary amounts of energy to achieve it. [[Ibid, 75.]] This might be phrased as whose agenda or goal is most important, yours or the teams? When you are on a team, the team's goals take precedent over your desires or preferences.

Teamwork succeeds most dramatically when team members are enthusiastically unified in pursuit of a common objective rather than individual agendas. [[Ibid, 84.]] In the context of an internal team or learning environment, there is a large body of research and data that consistently concludes that collaborative environments are far more efficient and productive than competitive ones. You will be far more successful by working well with others than by competing with others or trying to work alone.

A standard consists of pressure to achieve a required or expected level of performance. [[Ibid, 95.]] How will you and others know when you have been successful or when the task is completed? Standards of excellence could reflect behavioral standards or values, or they could reflect performance standards or metrics. Regardless of how you define them, they need to be defined and they need to be clear. Your people deserve the clarity of clear expectations and they want to know that their time and contribution is worthwhile and valuable. We as youth leaders often make the mistake of assuming that high expectations and elevated standards will discourage people from making their best contribution. Nothing could be further from the truth; people desire them and follow people who provide them.

A team is given the resources it needs to get the job done. The team is supported by those individuals and agencies outside the team who are capable of contributing to the team's success. [[Ibid, 109.]] Do you have the resources you need to succeed? If not, where can you get them? Also, how will you encourage and motivate your people along the way?

The final ingredient in effective team performance and one of the most critical is team leadership. [[Ibid, 118.]] This finding shouldn't surprise us. One of the most critical elements to a teams success is the person who leads it. This is either wonderfully encouraging or a very painful discovery. The silver bullet you have looked so hard to find has been hiding inside you all along. The reality is that who you are dramatically affects the performance of your team.

In 2002, Patrick Lencioni wrote a second book that has greatly shaped leaders perspectives on teamwork. In The Five Dysfunctions of a Team, [[Patrick Lencioni, The Five Dysfunctions of a Team, (San Francisco: Jossey-Bass, 2002).]] Lencioni presents a fable outlining the variables that destroy effective collaboration and problem-solving. He proposes the following model.

A foundational concept in Lencioni's model is that every level is entirely dependent upon the previous one being established. For example, looking at the bottom level of the pyramid, if a team does not establish trust as the foundation for their work together, they will not develop the kind of environment that can handle unfiltered dialog. If team members do not have the opportunity and the freedom to speak openly, even critically (e.g., unfiltered dialog) about what is being asked of them, they will not commit to the team or the project in the same way as if they had. And so on. If there is a breakdown in any level of the pyramid, it puts our ability to function as a team at risk.

If we turned Lencioni's dysfunctions into functions and align them with Larson and LaFastos (noted in parentheses below), they might read:

A comparison of Larson and LaFasto with Lencioni reveals many similarities. They both speak to the need to be unified around a clear and compelling cause. They both address the necessity of accountability and standards of excellence. And they both see that who we are as people is of utmost importance to other people. The only portion of Larson & LaFastos research not included in Lencioni is External Support and Recognition, which speaks to how teams are resourced and rewarded.

What would happen to our churches if we learned from these two leadership paradigms and applied their principles and practices in our ministry contexts? Would we lower staff turnover and increase pastoral longevity? Would we become more effective in our attempts to reach out to our communities or offer hospitality to the outsiders? Might we rally more people to our justice initiatives or become more effective in our mission work? Would we deepen our own leadership capabilities? Would others become more whole as a result of their service?

The following questions, extrapolated from the two books described in this article, should be reviewed regularly by every youth ministry team leader.

Many of us have experienced the shadow-side of teamwork that emerges when we don't heed the insights that emerge from these sorts of questions the lack of trust, the arguing, the positioning for power. We go home exhausted. We wonder if our efforts mean anything or are making any sort of contribution. We start looking for different places to work or volunteer our service.

In contrast, when we participate on a high functioning team, we know it. We experience higher levels of joy, we see results from our effort, we are quick to extend trust and grace to each other, and we have more fun. Hopefully, we have had this opportunity to work alongside people we enjoyed and accomplished what we set out to do.

Agreed, we are not professional athletes; nor are we attempting to climb mountains or re-engineer the McNugget. However, we are leaders of people who gather together for a specific purpose. That makes us a team, and our purpose is to participate in and extend the kingdom of God in the here and now. We are attempting to address the most pressing issues of our time and participate in the formation of lifelong faith in the students in our ministries, which is why it is imperative that we learn how to work together well. If we know what dynamics are at play, then we can know how to improve, so that even if our former experience has been a disaster, the next can become a dynasty.

And dynasty is just another way of saying kingdom, isn't it? 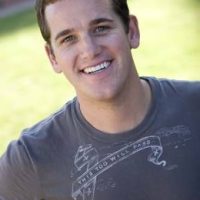 Mark Maines is a Navy Chaplain currently assigned to 1st Battalion, 5th Marines. He is committed to helping individuals and organizations thrive in both their leadership and their followership. He holds an MDiv from Fuller Seminary, and serves on the Advisory Council for FYI. He can be reached at mark.maines@usmc.mil.