2 leadership lessons on diversity and unity from K-pop

2 leadership lessons on diversity and unity from K-pop

Every year, I reflect on the life and legacy of Martin Luther King Jr. so that I can better fulfill his vision for a beloved community characterized by love, trust, peace, and justice. But this year feels a bit unique, to say the least. A new year is upon us, but we can’t ignore the fact that the remnants of 2020 remain. In 2020, the wounds of a divided nation were exposed, highlighting cruelties that result from an inability and unwillingness to listen and learn from different people, perspectives, histories, and experiences. Add the trauma of COVID-19 and… I’m not sure I’ve even fully processed what we’ve collectively endured.

One of our tasks as leaders in 2021 will be to create environments where diversity and unity can intersect in healthy ways: where young people from all ethnic backgrounds and cultures can come together, talk together, heal together, and figure out a new way forward-together. In doing so, we live into God’s kingdom on earth by emulating what Kat Armas calls a “revelation reality”—a community that “invites each person with their own unique cultural background to feel represented and seen—that who they are is elevated and celebrated in the midst of the whole.”[1] Interestingly, I think we can learn facets of this “revelation reality” from a unique and important source—BTS.

A BTS concert was the last place I expected to find belonging. A friend invited me to the concert as the “must see” experience of that year. After purchasing my BTS glow bomb (the most amazing light stick ever), I entered Soldier Field where, to my pleasant surprise, I joined fans from what seemed like every ethnicity, tribe, culture, and generation.

I made my way to my seat and had just noticed it was wet from the day’s rain when I felt a tap on my shoulder. In Spanish, the mother and daughter behind me asked if I wanted to use some of their tissue to soak up the water on my seat. As I thanked them and sat comfortably in my chair, a teenager sitting next to me introduced himself and shared his excitement to see BTS in person. When I asked him what he liked most about BTS, and he said something I’ll never forget: “Even though I’m not Korean, they make me feel like I’m part of a big community.”

BTS (also known as 방탄소년단, pronounced Bangtan Sonyeondan, or Bangtan Boys for short), is a seven-member South Korean boy band composed of members RM, Jungkook, V, J-Hope, Jimin, Jin, and Suga. Unlike other K-pop groups, BTS has become a global sensation. They’ve topped Billboard charts. Their concerts have sold out in global venues such as Stade de France, Rose Bowl, and Soldier Field, they were both the first Asian and the first non-English speaking artists ever to headline and sell out London’s Wembley Stadium, and the first foreign act to perform a solo concert in Saudi Arabia’s King Fahd International Stadium. In 2020, BTS was the first K-pop group to be nominated for a Grammy. With their rise to global stardom, BTS has always given credit to their fans—a sentiment captured in Jimin’s reflection, “I think they’re the people who have risen together with us.” Together, BTS and their transnational fan base (called ARMY) influence a movement of positive change in cultures and societies around the world.[2][3]

Beyond the magic of technology, what draws diverse fans, both young and old, from all over the world to BTS? Why do fans from various cultures decide to dedicate their money, time, and energy toward a group that primarily sings in the Korean language? The unity of this uniquely diverse ARMY initially piqued my interest in BTS more than their music itself (although it only took one song for me to appreciate the brilliance of their music too). Asian cultures value community far more than individuality,[4] so Asians/Asian Americans, in particular those who are healthy leaders, are gifted at bringing people to the table and keeping them there. But, was there something else I could learn? What began as a simple invitation by a friend to attend a BTS concert turned into hours of research and valuable leadership lessons for me (and hopefully you too!) as we re-engage an embattled nation and re-build the multicultural communities we love.

Diversity and unity are topics that bring tension, but holding the tensions of diversity and unity together take intentionality, hard work, and team effort. Here are two leadership lessons we can learn from BTS that might help leaders move towards a revelation reality:

Don’t fake it. One of the reasons BTS has grown a transglobal fanbase is because they authentically exude Korean pop, Korean language, and Korean culture. In fact, each band member shares his life’s ups and downs via social media and their collective story of struggle and sacrifice is widely known amongst their fans. They are who they are—and the fans know it (thanks to many ARMY translators!). Authenticity builds empathy and connection. When we’re authentic, people gravitate towards us. Oftentimes, leaders try to build authentic multicultural communities through an inauthentic façade. Diverse young people will call us out on that real quick. Who are you? Who does God say you are? As Christian leaders, the more we place our identity in Christ, the more we will be able to help diverse young people discover who they are in Christ, and the more we will be able to build multicultural communities that flourish.

A recent Time magazine article quoted a BTS fan walking out of a concert and saying, “That’s the first time a group has made me not only want to care more about them but care more about the world that I live in.” BTS is known for their messages of solidarity with what unites fans all over the world—they encourage fans to follow their dreams without fear, to acknowledge mental illness, to love themselves, and to call out injustice, to name a few. As a result, fans not only feel like they can come as they are and find a band of brothers and sisters who are struggling with the same issues, but fans also find purpose beyond themselves to help one another and the world become a better place. As leaders, how can we express solidarity with diverse young people in our churches? How can we create environments where our young people can be for one another and discover God’s purpose for them in the world?

Tweet this: How can we create environments where our young people can be for one another and discover God’s purpose for them in the world? Here are 2 leadership lessons from a surprising place.

A new year, Martin Luther King Jr., a boy band, diverse young people, and Jesus. I never imagined all those words together would inspire me to be a better multicultural leader. Inspiration is only the beginning. Taking action is when the hard work begins and we’re here to help. The Fuller Youth Institute’s new resource Talking About Race with Teenagers is a great starting place for youth leaders to begin cultivating a “revelation reality” within any context. Learn more about how you can move toward a Jesus-centered multicultural community and use our practical tips to invite your young people into a different kind of conversation this year. 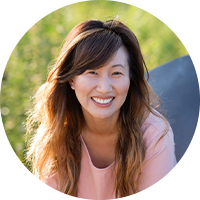 Yulee Lee is the Senior Director of Staff Culture & Diversity, Equity, Inclusion at the Fuller Youth Institute (FYI), where she oversees the leadership development of staff, develops team culture and office systems, helps build strategic partnerships, and facilitates trainings. Yulee, originally from South Korea, grew up in Salt Lake City skiing and snowboarding on the mountains. She holds a BA in Political Science from Tufts University, a MA in Public Policy from the University of Chicago, and a PhD in Educational Studies with a concentration in Organizational Leadership from Trinity Evangelical Divinity School. She has served the local church for 12+ years in the areas of revitalization and innovation, worked in government on the local and national levels, and directed strategy for service learning in higher education while also teaching on the topics of organizational and change leadership. Ultimately, Yulee is passionate about collaborating for change in systems to reflect greater human dignity and flourishing for the vulnerable. In her free time, Yulee finds her happy place in any medium where she can nurture her creative and artistic sides. Yulee and her family reside in Chicago, IL.