Last Friday I spoke on a panel with The LEGO Movie writer Kevin Hageman (Hotel Transylvania, Ninjago) about how to write imaginative films. After the discussion, we had a quick Q&A with parents, kids, and a few film critics to discuss what the film has to say about parenting.

Here are a few observations about that moment, and the implications for working with kids in our ministries and homes.

I grew up different. No TV, no Nintendo, no trampoline.

My friends were city kids with skateboards and hockey sticks; I was a country kid with ... just sticks. I was like Emmet (Chris Pratt) in the film, wanting to interact but unable to fit in. The worst kind of special.

When I started elementary school, my parents bought me the one item that determines all social standing in the kindergarten class system. A 128-crayon Crayola box set. Everything was awesome.

At least until the next day when my dad painted the hallway a gleaming white.

My brother and I couldn’t help but notice how ... colorless the walls looked, and the next morning my groggy mother awoke to a hallway-sized color-vomit Monet.

I’ll never forget the harshness of her gasp, like a hurricane ripping apart the state of Florida. The realization of what we had done suddenly landed in our brains, and at that exact same moment, we heard rustling from the bedroom.

Dad lumbered into the hallway and froze. His eyes slowly traveled from the walls, to me, to my brother, and back to the walls.

And then ... nothing happened. He turned around, went back into his room, closed the door and went back to sleep.

My brother and I, crayons suspended in midair, looked at my mom, who shrugged and turned toward the kitchen. We went right back to scribbling 128 colors everywhere. Later we had to repaint the hall of course, but it was the moment when I realized that creativity is okay.

Dad could have exploded and shut us down, but instead he decided there is no fire.

We do this because it’s incredibly hard work to make sure everyone’s taken care of and not killing each other in our families or ministries, and when we finally reach the promised land of everyone miraculously being happy and healthy at the exact same time, we want to keep it that way for as long as possible.

But a creative kid will always break that balance. Like Emmet in the film, a kid’s natural response is to be imaginative and try new things. This freaks us out, because it means that what we’ve worked so hard to create is going to change.

So our buttons get pushed, and our fire alarm goes off.

The LEGO movie is about a dad who figures out that the fire alarm is actually a false alarm. There is no fire, and even though everything in us wants to yell or control or shut down the situation, this dad figures out how to slow down the moment and ignore the alarm.

Of course we need boundaries and rules for our kids, but sometimes our reaction when a rule gets broken stems from our own fear or selfishness, not genuine concern for our child’s wellbeing.

Slow down the moment and ask: Am I reacting out of fear or my need to control? Is this really a fire? And if not, how can I shut off the alarm?

2. Everything is not awesome. But your kid is.

“That night in the city, when you thought I was the Special, and you said I was talented, and important ... That was the first time anyone had ever really told me that, and it made me want do everything I could to be the guy that you were talking about.” (Emmet, The Lego Movie)

Creative kids are special because they’re different, and being different as a kid isn’t easy.

Which is why in the film Emmet pretends to be special even though he doesn’t feel like it.

Just hearing that he’s special, and that special is a good thing, fills him with hope and the drive to become better. It creates what psychologists call the “happiness advantage,” which allows our brains to operate at optimum levels and positively impacts our behavior.

And actually, the absence of that affirmation is what transforms Lord Business into a villain in the first place.

“Hey, not so special anymore, huh? Well, guess what? No one ever told me I was special. I never got a trophy just for showing up! I'm not some special little snowflake, no! But as unspecial as I am, you are a thousand billion times more unspecial than me!”

The question becomes how can we make our kids feel special without playing into a culture that tells kids they can do anything?

The “you’re special” culture gets tricky fast, and has become an influential factor in the development of a number of social disorders. The percentage of American teenagers who believe themselves to be “very important” jumped from 12% in 1950 to 80% in 2005. Other research has found that 93% of young people are more narcissistic than the average young person 20 years ago.

This change may not seem that important at first, but it turns out that this shift in worldview can dramatically effect the course of our kids’ lives.

In a 1976 survey, young people ranked “being famous” 15th out of 16 possible life goals. By 2007, 51% of young people said it was one of their principal ambitions. In a recent survey, nearly twice as many middle-school girls said they would rather be a celebrity’s personal assistant than the president of Harvard University.

But The LEGO Movie offers a different take on being special. Feeling special actually means being fully accepted for you who are. Not that you’re better than anyone else, but that you are enough.

Our kids are naturally creative, and our world needs that more than ever. As we approach them and their unique perspectives, ask the questions:

How can I affirm this young person’s creativity?

How can I make their uniqueness feel awesome?

How can I make sure they feel like they are enough exactly as they are?

As we gaze at the myriad of social, economic, and environmental challenges in every corner of the world, it’s increasingly clear that we need creative thinkers now more than ever. May we nurture creativity in our young people, and may we let those moments of divergence be places of grace, and understanding, and discovery in our churches, our youth groups, and our homes.

I got all the stats in this article from David Brooks’ book The Road to Character that came out earlier this year. 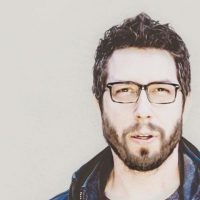