Going Fast vs. Going Far: Launching Change in Your Ministry

Going Fast vs. Going Far: Launching Change in Your Ministry

These words of advice were spoken to me early in my youth ministry career by a wise supervisor who had been observing my leadership for several months. I was young, and had been hired to lead the youth ministry at my home church. Having grown up there, I was pretty confident that I had all of the answers.

So I started to make changes.

I figured the job of the leader was to get ahead of everyone, show them the way, and then let them catch up.

To be honest, what she was suggesting terrified me. Since I had (well, thought I had) all the answers, what if others slowed me down? Worse yet, what if they didn’t let me make the changes I wanted? This advice was confusing. I had a difficult and important decision to make.

In the years since those early days of leadership, I’ve come to realize that while working with a team isn’t easy, it’s usually the only way to lead toward changes that will last.

That’s why, in the Sticky Faith Launch Kit, one of the first things we encourage leaders like you to do is build a team.[[See Kara Powell and Brad M. Griffin, Sticky Faith Launch Kit (Fuller Youth Institute, 2013),14.]] You might find this task easy to start. At first, things will probably go well. But eventually you’ll experience some of the challenges of working with a team. You’ll start to wonder things like:

Introducing The Five Dysfunctions of a Team

It is because of questions like these that I’m so glad Patrick Lencioni wrote The Five Dysfunctions of a Team. Lencioni is the founder and president of the management-consulting firm The Table Group,[[See www.thetablegroup.com.]] which specializes in organizational health and team development. Based on his work with all kinds of teams, Lencioni covers the most common dysfunctions teams experience and how to overcome them.

Each of the five dysfunctions builds on one another, and visually represented looks like this:[[See Patrick Lencioni, The Five Dysfunctions of a Team: A Leadership Fable (San Francisco: Jossey-Bass, 2002), 188.]]

How to Address the Dysfunctions in Your Team:

In order to address the presence of these dysfunctions in your team, it’s helpful to look at each one and ask: What’s the effect on our team? How can we overcome it? and What is my role as a leader?[[What follows is a summarized version of The Five Dysfunctions of a Team, pages 195-220.]]

Imagine that you’re leading a planning meeting with a group of people you don’t know very well, except for one person who has a history of publicly making others look bad. As the leader, you ask for feedback on an important question…and the group is completely silent.

What’s the effect? When team members don’t trust each other, they’re not willing to be open or vulnerable about their mistakes or weaknesses, rendering teamwork virtually impossible. Teams that lack trust tend to dread meetings, do not take risks, have low morale, and experience high turnover.

How can we overcome it? Team members must be willing to make themselves vulnerable to one another, and believe their vulnerabilities will not be used against them. There is no easy way to achieve this, other than positive shared experience over time. Some helpful tools to build trust include:

What is my role as the leader? It is of utmost importance that you are willing to demonstrate vulnerability first. Be willing to admit weakness or failure, and encourage others who do the same.

You’re leading a volunteer meeting that includes several people who have a history of not following through on their commitments or responsibilities. You don’t want to hurt anyone’s feelings or make them uncomfortable, so rather than addressing the issue directly, you let it slide, hoping that they’ll just do better in the future.

What’s the effect? Without productive conflict, teams cannot grow. It is important to note that ideological conflict (which is focused on concepts and ideas) is different than mean-spirited, personality-focused attacks.

How can we overcome it? The first step is to acknowledge that conflict is productive, and that the team may tend to avoid it. Tools to make conflict more common and productive include:

What is my role as the leader? It is natural for leaders (especially pastors) to want to protect team members from harm. However, you must allow your team to engage in productive conflict, even though it can be messy at times.

The same volunteers you failed to confront in the meeting above leave feeling confident that they can show up or follow through if and when they want. Even though you shared your general expectations, they never had to formally agree or share their feelings.

What’s the effect? Those who have not aired their feelings and opinions in healthy conflict are unlikely to fully buy in or commit to the solution. Team members may pay lip service to a decision, but aren’t truly on board.

How can we overcome it? Focus on maximizing clarity and achieving buy-in by applying these tools:

What is my role as the leader? Be comfortable with making a decision that turns out to be wrong, and push the group for closure around lingering issues. Adhere to schedules and deadlines the team has set.

In your last planning meeting, you assigned responsibilities to each team member. Half of the people completed them, while the other half did nothing. Not wanting to make anyone uncomfortable, you shrug it off and encourage everyone to do better next time.

What’s the effect? Without sticking to a clear plan of action, leaders often hesitate to point out the behaviors of others that might hurt the team.

How can we overcome it? Great teams must be willing to engage in difficult conversations, demonstrating respect for each other and the work of the team. Employing the following tools can enhance accountability:

In your planning meetings last year, you decided that your most important goal was to form more intergenerational relationships between the students and adults in your church. At the end of the year, you made no progress on this goal…but the number of students attending your programs increased. Other members on your team and your supervisor congratulate you for having done a great job by growing the ministry.

What’s the effect? Inattention to results is the ultimate dysfunction of a team, where members end up focusing on something other than the goals the group has set. This might include team status, individual status, or something else.

How can we overcome it? A team can focus its attention on results in the following ways:

What is my role as the leader? Likely more than any other dysfunction, the leader needs to keep a focus on results. Team members must know that you value the results and will keep them in front of the team.

While these common dysfunctions and the processes to overcome them might appear simple, it often turns out to be anything other than easy. Remember, our goal is not to make changes as quickly as possible, but to make changes in a deep and sustainable way. This requires the work of a functional and healthy team.

Whether your Sticky Faith team was just formed or has been meeting for months, take a few minutes to ask yourself the following questions. Depending on your answers, go back and work through the tools, as appropriate, in each section above:

For more ideas and tools to help you build and lead your team, get your copy of the Sticky Faith Launch Kit today! 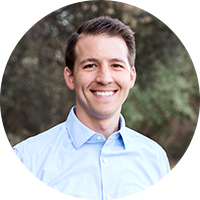