Deep justice in a broken world

Deep justice in a broken world

Guess how much money you, I, the kids in our ministries, and every other American spend each year on Mint Chocolate Chip, Strawberry, Jamoca Almond Fudge, Rainbow Sherbet, just plain Vanilla, and all other ice cream flavors?

Go ahead. Take a guess.

For $11 billion a year for the next decade—just over half of what Americans spend on ice cream—we could give the world clean water and basic sanitation and prevent the deaths of millions of babies. But since there is no Give-Up-Ice-Cream-for-World-Health movement, odds are good that we’ll keep eating mint chocolate chip while much of the world lacks water and basic health care.

On September 11, 2001, the terrorists who hijacked four U.S. planes claimed 2,792 lives. Our entire nation—and much of the world—was glued to radios, televisions, and the Internet, desperate to find out why and how so many had been killed. Yet on that same day nearly three times as many people were killed by HIV/AIDS worldwide. And that same number of people died from HIV/AIDS on September 12, 2001. And on September 13. And that many people have died because of AIDS every day since then. Yet as AIDS rips apart children, families, villages, and entire nations, the world remains disengaged. Tragically, so do our churches and youth ministries.

Many of us slept on comfortable mattresses last night, and with a flick of a thermostat switch, we kept our homes at temperatures we considered ideal. Last night, approximately 600,000 homeless people sought shelter on U.S. streets. [U.S. Department of Health and Human Services, “Ending Chronic Homelessness: Strategies for Action,” March 2003.] Making matters worse, an estimated 38 percent of those homeless persons were children. [National Alliance to End Homelessness, “A Plan, Not a Dream: How to End Homelessness in Ten Years,” 2000.]

Perhaps the most alarming statistic of all is that this injustice and poverty is happening in a world in which 2.3 billion of us, or 31 percent of the world’s total population, claim to be followers of Christ.

A growing number of youth ministries are alarmed by the brokenness of our world and are determined to restore justice. Some of you are partnering with faith communities of different ethnic and economic backgrounds to create job centers, food co-ops, and college scholarship funds to counter the injustice in your towns. Others of you are mobilizing kids and families to mentor under-resourced kids at your local school as well as serve as advocates at your school districts for increased funding. Still others of you are raising up groups of kids who care about the AIDS pandemic—in the United States, in Africa, and in Asia.

The good news is that our hearts are in the right place. The bad news is that many of us are novices who might be doing more harm than good.

New York City youth worker Jeremy Del Rio describes social justice in two very simple words: righting wrongs. Service is vital to the life of faith, a high calling modeled for us consistently by Jesus, but his call to love is also a call to look for more lasting solutions. Righting wrongs is only possible when we understand the difference between service and social justice.

Youth ministries that do shallow service look at the world’s brokenness, feel bad about it, and offer Band-Aids—free turkeys to the homeless on Thanksgiving, clothes for a naked child in Zambia at Christmas. The turkey and the clothes fix what’s broken, but often only for a few hours.

Youth ministries engaged in deep justice take a different approach. Like their shallower counterparts, they see the breakdown, feel bad, and send turkeys and T-shirts; yet they also investigate deeper: How did these wrongs come to exist in the first place? How can we help the poor and marginalized fix their own problems? What does God want us to do that will make a difference beyond today?

Sadly, few youth ministries are willing to do whatever it takes—for as long as it takes—until the systems that perpetuate brokenness are fixed. There are several ways to identify the differences between service and justice.

Deep justice is not afraid to ask why the world is broken, and then take steps to fix it. Why invites us to truly listen to and get to know the voiceless in our world. Why requires a long-term perspective because poverty and powerlessness cannot be eliminated in weekend bursts of activism. Why invites us to interact with social systems—because we cannot truly help individuals until we also change the systems that rob dignity. Why forces us to face the truth about our own participation in the systems and structures that rob the poor of opportunities.

One word of warning: Why is not a popular question. Others may question you and your motives when you ask why. Helder Camara was a twentieth-century Roman Catholic priest who showed a relentless commitment to justice work among the poor of Brazil. Camara is known for saying, “When I feed the poor, they call me a saint. When I ask why the poor are poor, they call me a communist.” [Note: In Deep Justice, this quote is inaccurately attributed to Oscar Romero. We apologize for this mistake.] Deep justice means not only asking why, but being prepared to act on the answer.

You may be wondering if 13- and 17-year-olds are capable of deep justice. They are—we’ve seen it with our own eyes. When Kristin was a sophomore in our church’s youth ministry, Sarah, her small group leader, sent out monthly e-mail newsletters reminding the girls of a spring break trip to inner-city San Francisco. When it came time to sign up for the trip, Kristin was the only one from her small group who signed up. She didn’t know anyone else going on the trip, and she almost chickened out. But Sarah kept prodding her to go, and Kristin packed her bags and headed to San Francisco with the rest of the team.

During the trip, Kristin fell in love with helping the homeless experience kingdom justice. Her commitment to deep justice was crystallized when she and one of our adult leaders met J.R., a homeless man hanging out near the San Francisco Convention Center. Kristin offered her extra sack lunch to him and started asking him questions about his family and his life in San Francisco.

J.R. responded with a tirade against the government, the middle and upper classes, and Christians. While not a member of the government, Kristin is upper-middle class and a Christian. She remembers, “I left that lunch determined not to be the type of apathetic Christian J.R. hated.”

She came back and dove into our church’s Beverage Crew, a ministry in which high school students offer drinks to homeless persons and try to build relationships with them, eventually understanding why they have ended up on the streets. Kristin has realized “some of them choose to be there, but others just end up there. We don’t know their stories until we talk to them. And we need to figure out how to help them help themselves.”

Over time, Kristin’s commitment to justice on behalf of the homeless has grown deeper. Her junior year she served as the student shepherd for that San Francisco trip, and the next year was the student director. Probably just as important, Kristin encouraged a friend to attend who loved it so much that she is pursing a global studies major in college in the effort to right wrongs.

Or take Marcus, a high school senior in our church who received a Hi8 video camera as a Christmas gift when he was in sixth grade and has been making movies ever since. His passion for and skills in moviemaking increased concurrently with his concern about the friction he experienced at his public high school between students of different races and socioeconomic levels. He and his friend decided to write, direct, and produce Viola, a full-length film about two students—one white American girl and one Chinese-American boy—and the lessons they learn about “fitting in” with people who are different from them.

“We got more than we bargained for,” Marcus recalls. Once it was completed, Viola was screened at a major Pasadena theatre and was also accepted at several film festivals. Even more importantly for Marcus, this justice movie made entirely by high school students provoked great conversations about race at both his school and church.

Since Viola, Marcus has worked on a number of projects, all geared to spark conversation and insight about racial and economic injustices. Marcus’s small group leader, Jeff, has played a major role in Marcus’s desire to change how others think about race, class, and disabilities. “It wasn’t so much what Jeff has said about any of that; it’s more how he has put us in positions that force us to think about it. The more I see, the more I realize how many wrongs need to be righted. We can’t just meet people’s needs short-term; we have to help them learn how to meet their own needs long-term.”

These stories confirm two things: First, God can use ordinary kids to bring about deep justice in a broken world. Second, God often works through us as adults to do it.

This article is excerpted from Deep Justice in a Broken World by Chap Clark and Kara Powell, released in January 2008. Reprinted with permission from Zondervan. 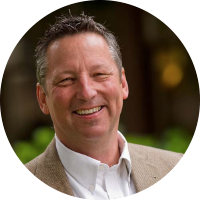 Chapman “Chap” Clark, PhD, is the Associate Provost for Strategic Projects and Professor of Youth, Family and Culture at Fuller Seminary. He is the author of numerous articles and books, including Disconnected: Parenting Teens in a MySpace World (with Dee Clark, Baker, 2007), Hurt: Inside the World of Today’s Teenagers (Baker Academic, 2004; and Hurt 2.0 in 2011), and co-author with Kara Powell of Sticky Faith (Zondervan, 2011), Deep Justice in a Broken World (Zondervan/Youth Specialties, 2008) and Deep Ministry in a Shallow World (Zondervan/Youth Specialties, 2006).