Are they or arent they?

Are they or arent they?

You may have seen late last week that the National Center for Health Statistics reported a drop in teen and young adult sexual contact. 27% of men and 29% of women between 15-24 say theyve never had a sexual encounter with another person, up from 22% based on the previous data from 2002 (this report is based on data from 2006-2008). The full pdf of the report from the NCHS is free online.

When broken down further by age, the percentages rise among 15-17 year olds to 53% of boys and 58% of girls who have never had sexual encounters, up nearly 10 percentage points for girls. When you isolate 15 year olds, 64% report no sexual experience with another person. Heres a handy graphic look at the differences:

The data above includes incidence of oral and anal sex. Since 2002 was the first time oral sex was a question in the government survey, findings about frequency of oral sex are relatively new and questionable. Some who interview adolescents assert that everyones doing it, while this data paints somewhat of a different picture. The NCHS reports that among teens age 15-19, only 7% of females and 9% of males have had oral sex with an opposite-sex partner but no vaginal intercourse. In that same age group, a total of 45% of girls and 48% of males (when the age is lowered to 17 the percentages are 30% of girls and 35% of boys) have ever had oral sex. Those who have had intercourse are more likely to have had oral sex first, but the statistics (while high) dont quite support the common assumption that most kids are having oral sex.

One classic response to data like this is that kids under-report. Or, girls under-report and boys over-report. Its true of any self-report study that you have to take statistics with a grain of salt. Yet as one researcher is quoted as responding, “They may be more in control of their behaviors than we think.”

“Are they or aren’t they?” may not be the most helpful question we can answer. This report is only one piece of the puzzle about teen sexual behavior. But its an interesting one for discussion among your ministry teams, parents of kids, and teenagers themselves. 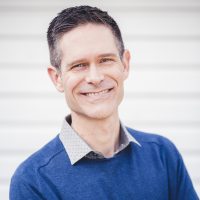 Brad M. Griffin is the Senior Director of Content for the Fuller Youth Institute (FYI), where he develops research-based training for youth workers and parents. A speaker, blogger, and volunteer youth pastor, Brad is the coauthor of Faith in an Anxious World, Growing Young, several Sticky Faith books, Every Parent’s Guide to Navigating Our Digital World, and the series Can I Ask That?: 8 Hard Questions about God and Faith. Brad and his family live in Southern California.